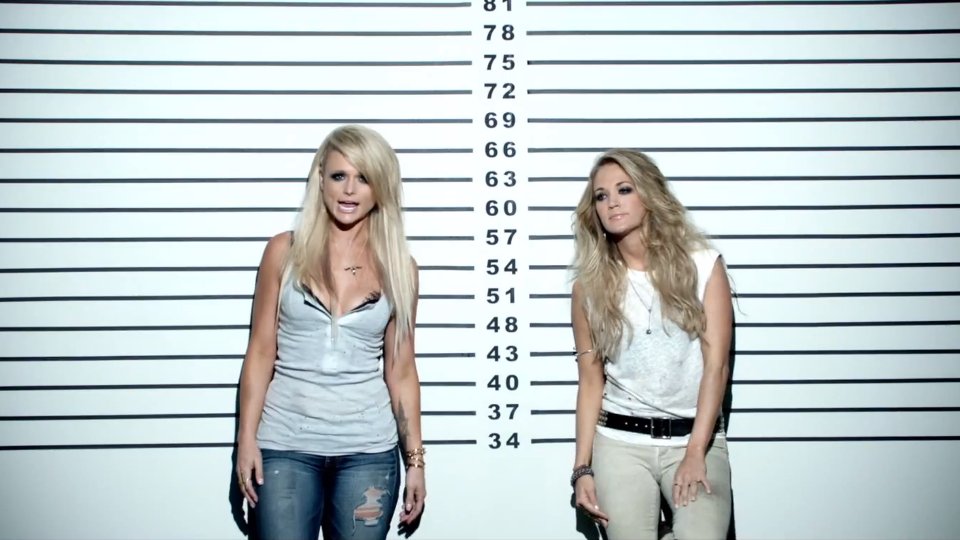 Miranda Lambert has released the music video for her duet with Carrie Underwood.

Somethin’ Bad, taken from Miranda’s recently released album Platinum, sees the two country stars team up for a feisty collaboration. The video sees the two women getting into trouble as they embark on a jewel heist and performing against a police line-up board.

Watch the video for Somethin’ Bad below: