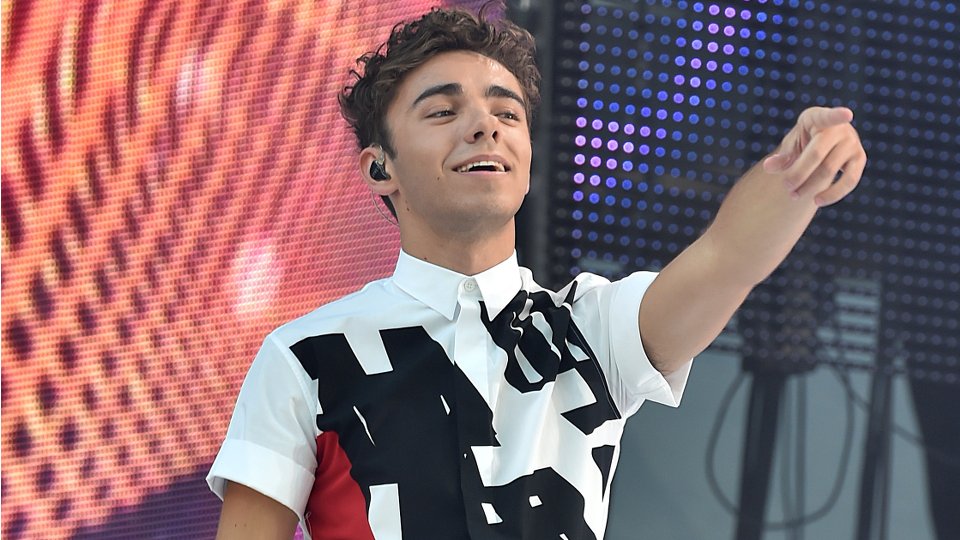 The Wanted’s Nathan Sykes surprised fans over the weekend when he made his solo debut at Capital FM Summertime Ball.

The singer joined Jessie J and DJ Cassidy to perform Calling All Hearts with Nathan singing Robin Thicke’s parts of the song. He arrived on stage to deafening screams from the audience.

Nathan is the second member of The Wanted to do something solo since the band announced they were taking an extended break following their recent tour. His band-mate Tom Parker features on the new Richard Rawson single.

Last year Nathan recorded a track with Ariana Grande which was featured on her album and the soundtrack for The Mortal Instruments: City of Bones.

Nathan’s appearance at Capital FM Summertime Ball has started speculation that the singer may be working on a solo album during The Wanted’s downtime. As he’s the most capable singer in the band it would make sense that he’d want to continue making music so we’re interested to see what he’ll do.

You can watch Nathan’s performance with Jessie J and DJ Cassidy at www.capitalfm.com/artists/jessie-j/performances/calling-all-hearts-summertime-ball-2014/

In this article:DJ Cassidy, Jessie J, Nathan Sykes, The Wanted