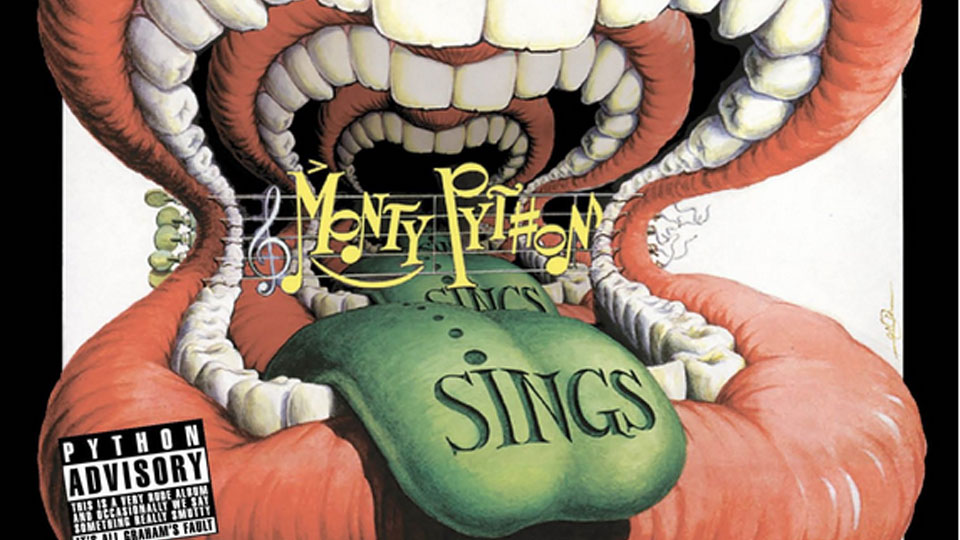 I didn’t want to be a reviewer. I don’t want to rabbit on all day about new releases and unlikely boy band reunions. I wanted to be… A LUMBERJACK!

Nevertheless, ahead of their sell-out shows at the O2, Monty Python Live (Mostly), Python aficionados can reacquaint themselves with their seminal (well, it does include Every Sperm Is Sacred) 1989 album Monty Python Sings; especially since the boys will likely be singing a selection of their greatest hits on stage. You may even still be able to bag yourself a ticket. Check on Monty Python Live for details.

Monty Python Sings (Again), which is available in both bog standard and deluxe editions, includes all the songs from the earlier release plus half a dozen others, totalling thirty-one tracks. The Deluxe edition contains their debut album Monty Python’s Flying Circus (recorded live at Camden Town Hall in 1970) on a bonus second disc.

Eric Idle was always the musical one out of the bunch, and he wrote many of the songs on this release, some in collaboration with John Du Prez. The two would later team up to co-author the Broadway and West End rip-off sensation Spamalot.

Even the tone deaf John Cleese is afforded moments to shine. Without a musical bone in his body, and with a singing voice as pleasant as the screams from an abattoir, he gives a history lesson with the track ‘Oliver Cromwell’ that memorably starts, “The most interesting thing about King Charles I is that he was five foot six inches tall at the start of his reign, but only four foot eight inches tall at the end of it. Because of….”

Everyone will have their favourite track, and this is the essential release for all the Python songs everybody knows and loves. Always Look on The Bright Side of Life has become a classic, and a firm favourite at funerals. It even reached number three in the hit parade in 1991. Galaxy Song is wonderful therapy for anyone facing an existential crisis brought on by the realisation of their cosmic insignificance. Every Sperm is Sacred is one of the most gloriously divine satires on the absurdity of Catholic teaching ever written. All Things Dull and Ugly is another classic Python pop at religion. Absolutely everybody should know Bruces’ Philosophers’ Song by heart: no excuses.

Monty Python Sings (Again) collates songs from the original television series Monty Python’s Flying Circus including Spam Song and Lumberjack Song, as well as others that originally appeared on specially released albums (I Like Chinese, Finland, I’m So Worried). The rest formed part of the Python’s three major big screen outings, featuring in the Holy Grail, the Life of Brian and the Meaning of Life.

Those already familiar with Monty Python Sings may be interested in the re-release thanks to the six songs that weren’t included on the original album. Naval Medley is a sea shanty-style rehash of the Penis Song, but this time including female genitalia and bottoms so that nobody feels left out. Rudyard Kipling is a skit on a traditional blues song. Nudge Rap sets lines from the ‘Nudge, nudge, wink, wink’ sketch to a rap, to variable success; whilst Lousy Song sees a lovely ballad written by Eric Idle interrupted by Graham Chapman, who tells him how terrible his song is.

Monty Python Sings (Again) is a collection of some of the funniest, wittiest and (to some) offensive songs ever written. It is the must-have artefact of the musical side of the Pythons. Their songs are in many ways as crucial to their success as their sketches, and this compilation is a reminder of the genius comedy output when the Pythons were firing on all cylinders.

If this collection isn’t enough for you and you have more money than sense, you may also be interested to learn that Monty Python’s Total Rubbish: The Complete Collection is being released on 30th June. The set contains all nine Monty Python albums, with a book, vinyl record and a Terry Gilliam-designed slipcase thrown in as an attempt to justify the price.