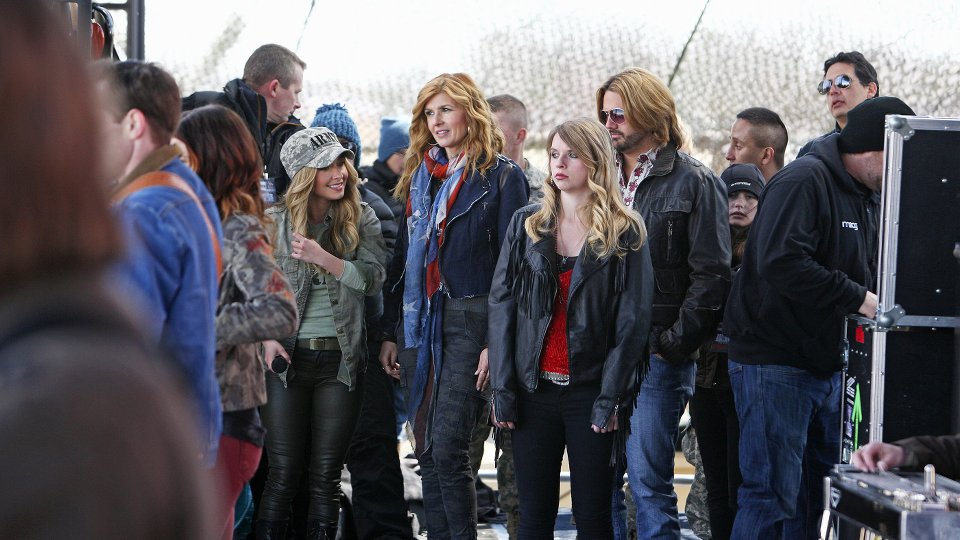 The fallout of Scarlett’s (Clare Bowen) on-stage breakdown played out in tonight’s episode of Nashville.

The troubled star found herself held in a hospital against her will whilst Rayna (Connie Britton), Deacon (Charles Esten) and her mother Beverly (Dana Wheeler-Nicholson) argued about the best way to help her. It gave Scarlett some much-needed rest which saw her reunite with Zoey (Chaley Rose) and decide she no longer wants a career in the spotlight.

Elsewhere in the episode a jealous Juliette (Hayden Panettiere) did her stupidest thing yet by having a drunken hook-up with Jeff (Oliver Hudson) as a reaction to Avery (Jonathan Jackson) being there for Scarlett. Poor Gunnar (Sam Palladio) was the same party as Juliette and Jeff and caught them sneaking out after their fumble.

The penultimate episode of the season is titled All or Nothing with Me. Rayna organises a charity concert for troops at Fort Campbell. Deacon and Maddie grow closer, leaving Teddy feeling his family is slipping away.

Tune in to More4 at 10pm on Thursday to see the episode. Preview it with our gallery below: