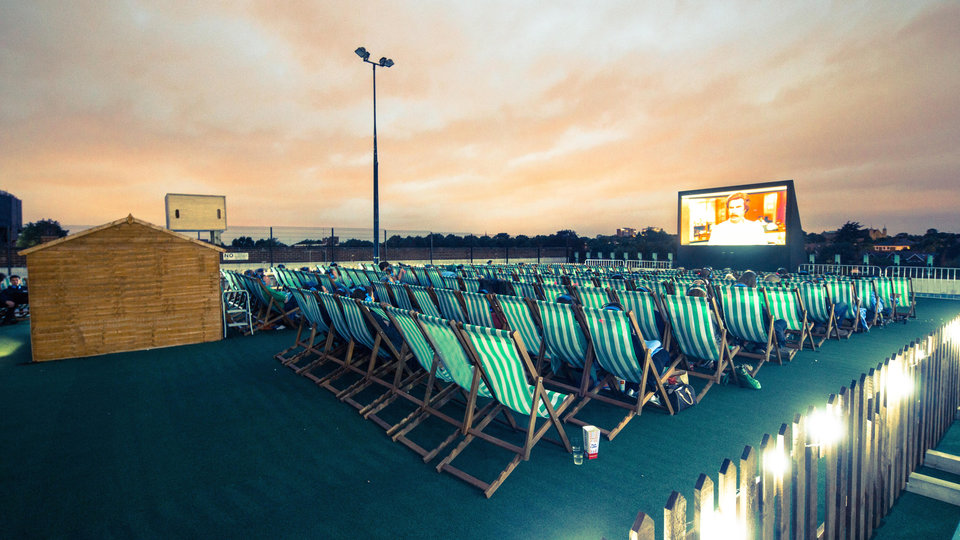 Rooftop Film Club presented by British Airways, have announced its next exciting rooftop venue at Roof East, which opens on Thursday 26th June. Set upon a once empty car park in Stratford, this exciting new venue has been transformed into an open air urban haven for those seeking great food, a classic film and breath-taking views over the city and Queen Elizabeth Olympic Park.

Roof East is the latest addition to the roster of phenomenally successful Rooftop Film Club locations including the Bussey Building in Peckham, the Queen of Hoxton in Shoreditch and Kensington Roof Gardens. Nestled in the Roof East complex, film lovers are able to eat fabulous food, enjoy cold drinks and watch their favourite movies on the big screen as the stars begin to sparkle; this really is an incomparable film experience in the fresh air of a warm summer’s night.

Roof East will also play host to a wide range of cultural events from plays to dance performances as well as family activities during the school holidays.

Founder, Gerry Cottle Jnr said, “Our mission at Rooftop Film Club has always been to offer a must-see film line-up along with spectacular views across London. Each of our venues offers a unique perspective of the Capital from panoramic 360 views, city office blocks and rooftop gardens so our next location had to offer something different. We believe we have found that in our new Stratford venue, where else can you enjoy a bird’s eye view of the Olympic Park, an ice cold cocktail and The Goonies?”

July promises a unique selection of cherished classics, such as Reservoir Dogs and Stand By Me, alongside recent box-office hits including Dallas Buyers Club and the wonderful Spike Jonze classic Her. Rooftop Film Club has something for everyone. Last summer saw over 200 sold out screenings, so don’t miss your chance to get tickets for the ultimate film experience on a rooftop near you.