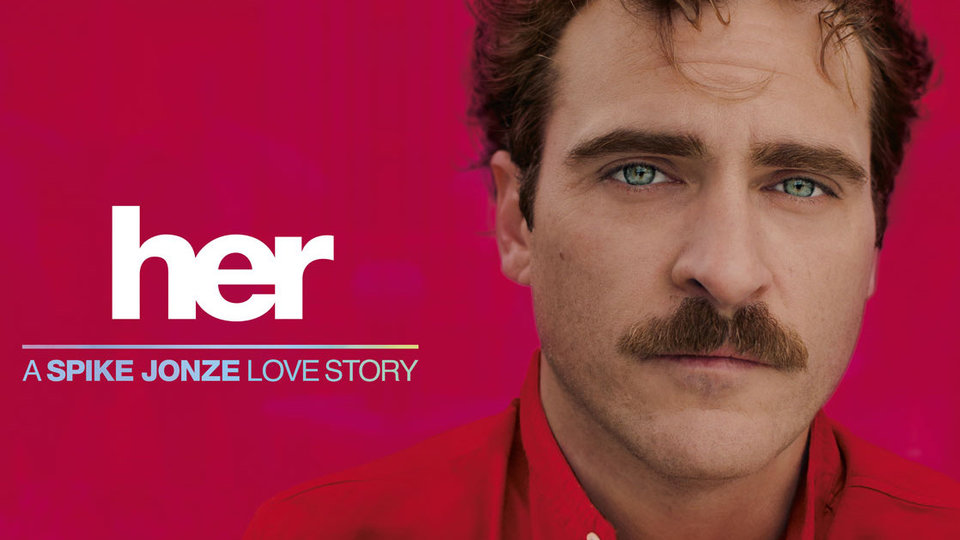 Set in the near future, Theodore (Joaquin Phoenix) is a soon-to-be divorcee struggling to connect with life. He takes a chance on a new, advanced computer operating system named Samantha (voiced by Scarlett Johansson) and falls head over heels for her. The artificial intelligence reciprocates and the two begin to date, but can true love ever exist between them?

Spike Jonze’s sensational ode to love is remarkable in every sense. This love story is wonderfully realised through a breathtaking visual style that ponders life’s big questions whilst cultivating beautiful environments, costume design and feasible tech that leaves you totally awe-struck.

Joaquin Phoenix and Scarlett Johansson are the biggest reasons why the movie works so well. It’s a very tricky premise to get right, but Phoenix fully immerses himself in this story. At no point during the film do you think that he isn’t completely captivated by Samantha. Similarly, Johansson has so much more to do then just sound sexy and desirable. Her role is multi-faceted and requires a remarkable level of sincerity to make the audience buy into this love story. Her chemistry with Phoenix shines with the two of them both handing in career-best performances.

Amy Adams, Chris Pratt and Olivia Wilde add their support to this wonderful tale with Adams doing particularly well alongside Phoenix. Olivia Wilde continues to impress with every passing role – her small but pivotal cameo as Theodore’s blind date is a real highlight. Chris Pratt takes a break from Parks & Recreation and proves that there is much more to his repertoire than just comedy, whilst Rooney Mara is memorable as Theodore’s past love Catherine.

Her is one of the finest and most inventive films of the year. With heartfelt emotion and a marriage of storytelling and visuals that will leave you completely mesmerized, Her is Spike Jonze’s finest work to date. Fully justified in its Academy Award win, this film deserved a much bigger audience than it received during its theatrical run. A simply unmissable fable that proves that you can have a unique and fresh love story, even in these cynical times.