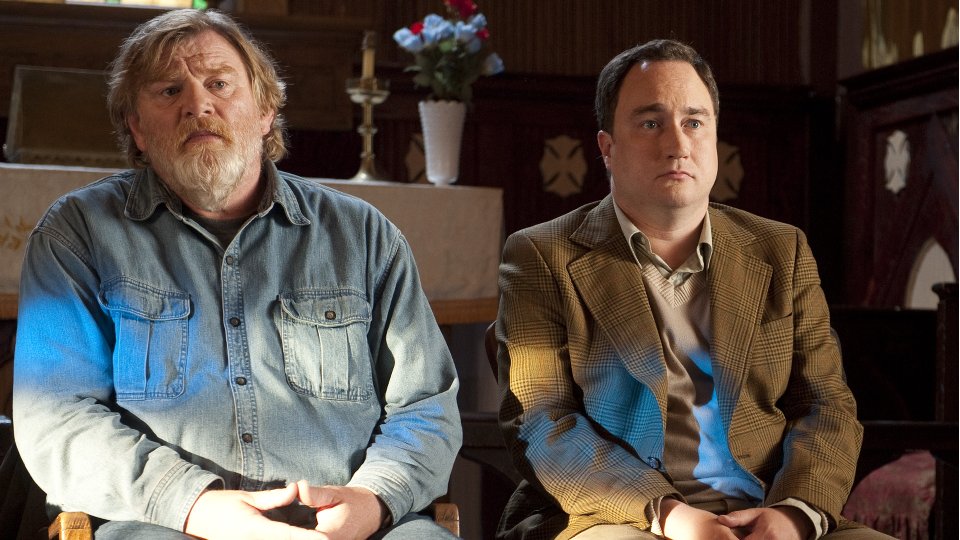 The trailer has been released for upcoming comedy The Grand Seduction starring Brendan Gleeson and Taylor Kitsch.

The heart-warming and laugh-out-loud new movie will be released in the UK on 29th August 2014. The synopsis for the movie is:

Brendan Gleeson is Murray, a once proud fisherman who now, along with his former colleagues in the harbour of Tickle Head are out of work and forced to live off welfare.  Prohibited from fishing enough to make a living and the community spirit having faded a long time ago, the Mayor comes up with a dazzling plan – a giant corporation need a location to build a factory and Tickle Head could be just the right place. But there’s just one problem – in order to qualify, they must have a doctor in residence. Which they don’t have.

When the Mayor leaves the harbour and takes a job at the airport, he fortuitously stumbles upon Paul Lewis (Taylor Kitsch), an American cricket fanatic and more importantly a doctor, who he convinces to do a one month stint as the local physician.   To encourage Paul to commit to the job for the required 5 years by the Corporation, the townsfolk acquaint themselves with his favourite sport with hilarious consequences, tap his phone to discern his likes/dislikes and do everything in their power to make him feel at home. What ensues is an all-out seduction with Murray enthusiastically encouraging the elaborate deception that will be his only way back to an honest job and a happier way of life.

Check out the trailer for The Grand Seduction below:

In this article:Brendan Gleeson, Taylor Kitsch, The Grand Seduction