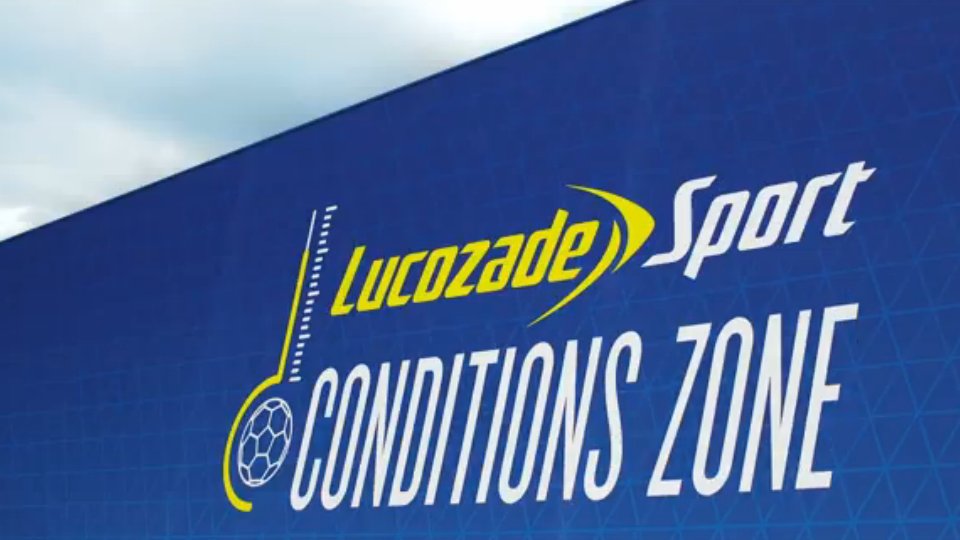 Lucozade Sport has released a new video in support of their Conditions Zone campaign.

The video shows Lucozade Sport’s specially conditioned indoor football pitch and pits two 5-aside teams against each other. Football legend John Barnes features as the referee.

Throughout the video facts appear on the screen telling you interesting things about the match and the players. The end of the video features the players having a physical and looking at the results of the Conditions Zone match.

You can get involved on Twitter by using #ConditionsZone in your tweets. Watch the new video below:

Advertisement. Scroll to continue reading.
In this article:Lucozade Sport