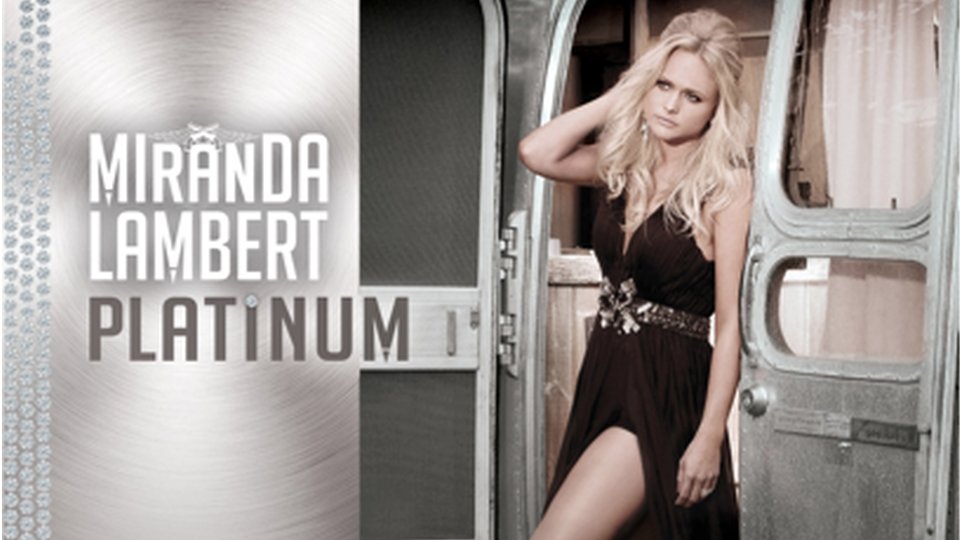 If ever you needed proof that reality TV singing competitions can produce stars look no further than Miranda Lambert. In 2003 the country singer finished third on US show Nashville Star and has easily become the biggest star the show produced during it’s 6-year run. 11 years on from that show and Lambert is married to country star Blake Shelton and she’s one of the biggest female country artists in the world.

Platinum, her fifth studio album, has been released around the globe at the same time showing that her label clearly has faith in this new collection of songs. In the US the album has already produced the Top 4 country hit Automatic and Lambert’s duet with Carrie Underwood Somethin’ Bad is already making a buzz. Platinum features 16 tracks with Lambert credited as co-writer on half of them.

The album opens with the mid-tempo Girls getting the record off to a pleasant but not really striking start. Once that song is over the record starts to take off with the punchy title track showcasing Lambert’s dry sense of humour with lyrics such as ‘what doesn’t kill you makes you blonder’. From this point onwards Platinum finds its feet as Lambert pays homage to country tradition whilst also acknowledging the modern country landscape.

Lambert is at her best when she’s just being herself and revelling in her the humour within the humour of the lyrics she’s singing. Old Shit is a definite highlight as is the whimsy of Gravity is a Bitch whilst the uptempo All That’s Left featuring The Time Jumpers is a beat-driven gem telling a lover to leave.

Other highlights on the album include the dramatic Somethin’ Bad with Carrie Underwood, the rip-roaring country rock of Little Red Wagon and the heartfelt Hard Staying Sober. Lambert enlists the help of fellow country chart-toppers Little Big Town for the dreamy, harmony-filled Smokin’ and Drinkin’.

Platinum is an album that packs in plenty of variety showcasing Lambert as a versatile country artist. In parts it lacks the cohesion to make it a truly great record but there are enough gems for you to want to go back and press repeat. Lambert is certainly a colourful character drawing you in with her personality and wit which is the main thing that will draw fans to this album.