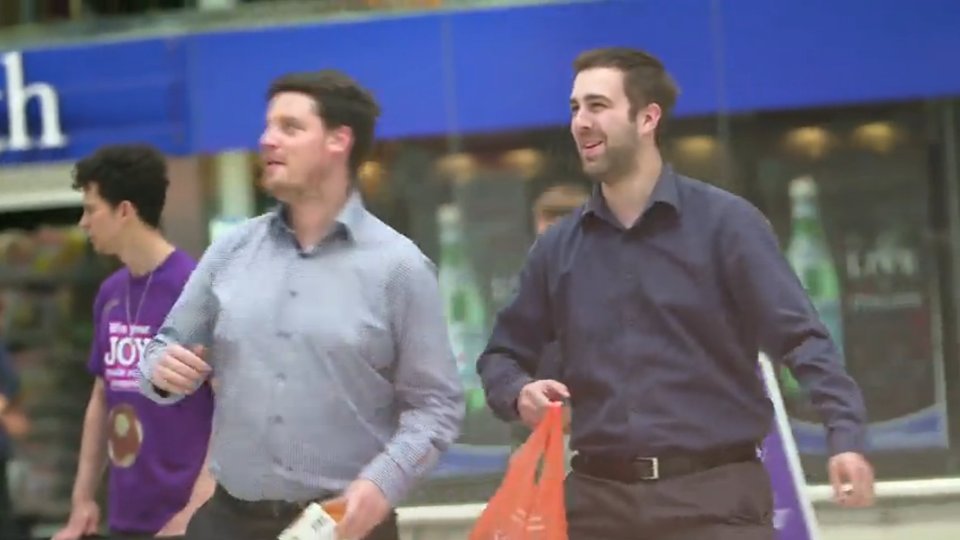 Cadbury has released a new advert for their latest campaign #FreeTheJoy

The advert sees commuters at London’s Waterloo Station participating in an interactive game that’s beamed up on a big video screen above the train gates. Commuters are seen jumping around, waving their hands and kicking the air in a bid to hit various items and win a prize.

Successful participants are then seen receiving Cadbury chocolate for their efforts.

On lucky commuter commented, ‘I felt like a child again and I’m a chocoholic anyway’ whilst another plays guitar and sings a song about Cadbury.

You can find out more about the campaign on http://freethejoy.cadbury.co.uk. Watch the video below: