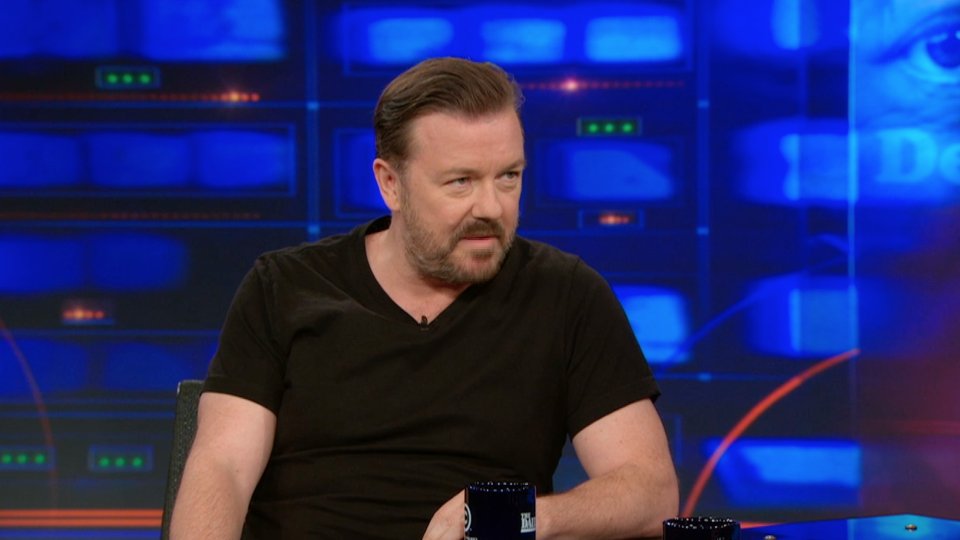 Ricky Gervais appears on The Daily Show tonight to chat about the new series of his hit show Derek.

The funny man speaks to host Jon Stewart about a variety of things ranging including the challenges of keeping fit. During the interview Gervais says, “I’m basically a fat guy at heart and it’s killing me…trying to keep fit is literally killing me. I don’t want to give anything up so I still eat pizza and get drunk every night and I have to go for a run n the morning, like Rocky, and it kills me.”

He also goes on to talk about how ‘biologically’ close in age he and Stewart are with Stewart likening Gervais’ ageing to that of a German Shepherd. Gervais then reveals the very few wishes he would seek before he eventually dies.

The Daily Show airs tonight at 00.45am on Comedy Central Extra. Watch two video clips from the show below:

In this article:Ricky Gervais, The Daily Show