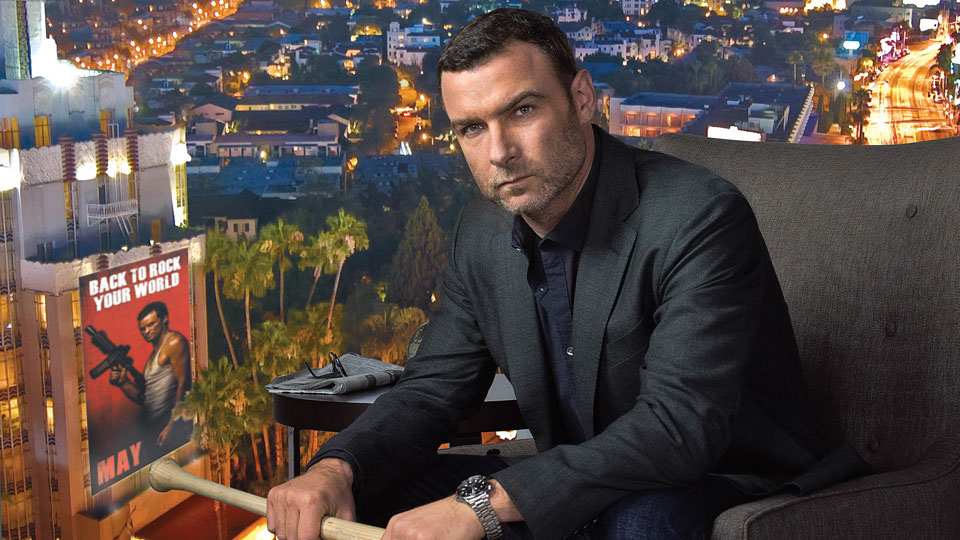 If you haven’t seen the first season of Ray Donovan and don’t want any spoilers we recommend you stop reading now. If you have seen it and want to read our wishes for season 2 then keep reading.

The show focused on L.A. fixer Ray Donovan (Schreiber) who works for law firm Goldman & Drexler run by Ezra Goldman (Elliott Gould) and Lee Drexler (Peter Jacobson) who represent the rich and famous. Ray does whatever it takes to protect the firm’s clients and isn’t afraid of getting his hands dirty which causes problems with his wife Abby (Paula Malcolmson).

In the first season of the show Ray’s no-good father Mickey (Jon Voight) was release from prison and stirred up trouble with the family including Ray’s brothers Terry (Eddie Marsan), Bunchy (Dash Mihok) and Darryll (Pooch Hall). The central arc of the season saw Ray battling against his father and his father’s old partner-in-crime Sully (James Wood). The season one finale saw Ray ask his father to leave following a shootout which resulted in Sully’s death.

The second season of the show is starting in July so we’ve compiled a list of the things we’d like to see when it returns.

1. Ray getting his hands dirty. Ok we know this is essentially the premise of the show but who doesn’t love it when Ray gets mean and moody to fix a problem. The first season was pretty dark in places but we want things to get even darker in season two.

2. Less Ray and Abby conflict. It must be hard being married to a man who shares very little with you but the constant drama between Ray and Abby became a little bit repetitive. The season one finale saw the two seemingly having worked through their difficulties and working better at being a family. Abby knows her husband will never be the man she thought he was so she needs to accept that or move on.

3. More meddling Mickey. Does anyone really think that Mickey will stick by his word and stay out of Ray’s life? No! We want the meddling, murderous and morally-bankrupt father figure to continue causing all kinds of problems for Ray. This is the big conflict that’s the heart of the show.

4. Bridget (Kerris Dorsey) going wild child. The teenager had her fair share of ups-and-downs in the first season thanks to her relationship with Marvin (Octavius J. Johnson). Despite being more sensible than she was given credit for by her parents, Bridget is showing all the signs of a teenager about to go out of control. This would be an interesting dynamic for the show when it returns and give Kerris Dorsey a great platform to showcase her talent.

5. More Lena (Katherine Moennig). The wily press agent didn’t mind get her hands dirty when it came to helping Ray but we saw far too little of her in the first season. We want a bigger role for the talented Katherine Moennig that sees Lena more central to the action.

6. Frances (Brooke Smith) and Terry to reunite. The season finale saw the two go their separate ways as Terry struggled with his guilt over the murder of the priest that abused his brother Bunchy. He chose his family over his girlfriend but once the dust settles we hope the two can reconcile as Frances was a good influence on Terry.

7. Tommy Wheeler (Austin Nichols) getting into more trouble. The closeted Hollywood actor gave Ray a few headaches in the first season thanks to his careless sexscapades and he formed a friendship with Ray’s son Conor (Devon Bagby). When rumours circulated that he was gay Conor came in for some bullying at school but have a sneaking suspicion that Conor’s sexuality may become inter-linked with Tommy this season. The signs are all there (unless we’ve misread them of course!)

8. More Bunchy and Darryll. There’s a lot we don’t know about Ray’s brothers and they certainly didn’t have as a big roles as Terry did in season 1. We know that Bunchy is an alcoholic following sexual abuse in his childhood and Darryll is a boxer but we want a bit more backstory for these two.

9. New blood to shake things up. There’s been a lot of new cast additions confirmed for the second season including Kip Pardue, Ann-Margret, Sherilyn Fenn, Hank Azaria, Wendell Pierce and Vinessa Shaw. We can’t wait to see what these new characters bring to the table and how they impact on Ray’s already chaotic world.

10. Plenty of back-stabbing and double-crossing. Part of the fun of season one was trying to figure out who was really working with whom. Ray’s world is one full of slippery characters and in season 2 we expect it to be even more difficult for the titular character to understand who he can trust.

Ray Donovan returns in the US to Showtime on 13th July and in the UK to Sky Atlantic HD in July (date TBC). Get a sneak peek of the second season below: