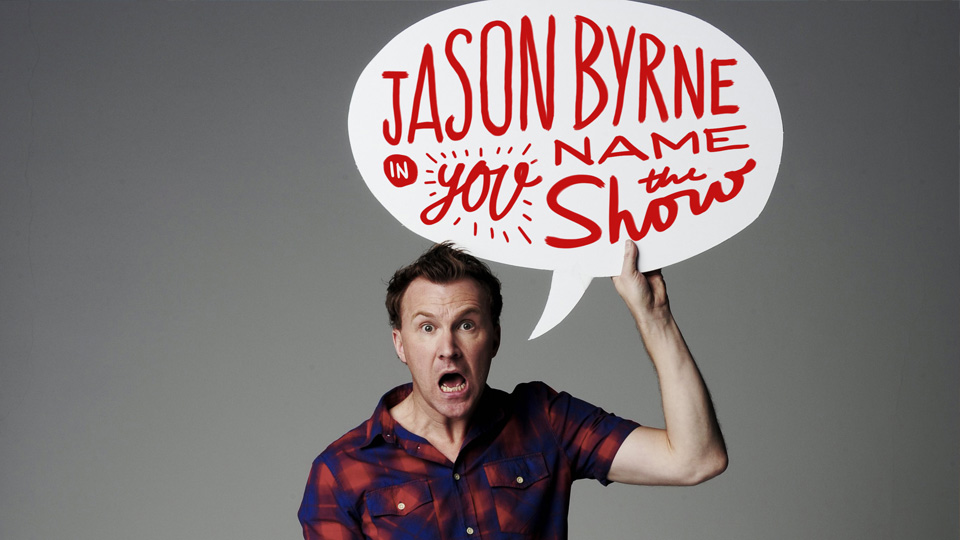 Byrne is looking to audiences to come up with a name for his tour. He says “I’m asked each year ‘what’s the name of your show Jason?’ I ask do you mean the one that will be on in August and by the time I get there my show content will have changed at least 546 times? Yes they say. So I’ve asking the audiences to name the show, and that’s exactly what they’ll do over the course of the year, the best name will win £500, there will be a leader board on stage each night and by the end of the tour my show will have a name, thanks to you lot.”

Jason has appeared on Live at the Apollo and The Royal Variety Show. He has hosted The Jason Byrne Show on Radio 2, and is the creator and star of BBC1 sitcom Father Figure. Recommended for ages 16+