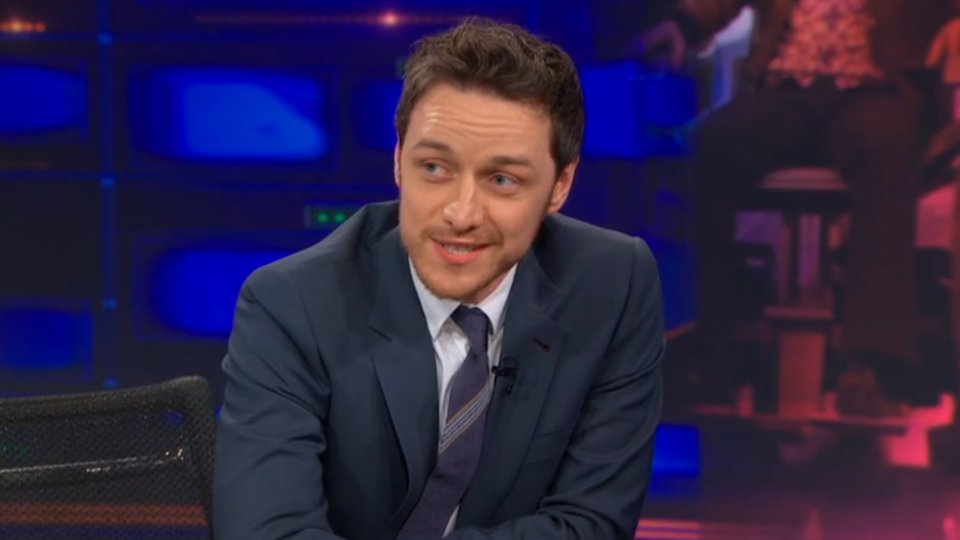 James McAvoy stops by The Daily Show tonight whilst promoting his latest movie X-Men: Days of Future Past.

Speaking to host Jon Stewart, James talks about the high and lows of flying around the world while promoting the movie. On a recent helicopter flight to Sao Paulo, James was offered to take the joystick by the pilot which he saw as too good an opportunity to turn down.

“I looked at him and thought he was joking. And then he took his hands off the joystick…” James said before continuing to explain, “I did think the pilot was insane but I like that kind of crazy. So I was holding the joystick and was thinking this is doable, this was fine and then the slightest movement and then it would go shwwm……I think he (pilot) sh*t himself and took back the controls. But two days later flying out of Sao Paulo, we had the same helicopter pilot, he’s a very brave man, he let me do it again!”

The Daily Show airs tonight at 11pm on Comedy Central Extra. Check out the clip below:

James McAvoy on The Daily Show by entertainmentfocus

In this article:James McAvoy, The Daily Show, X-Men: Days Of Future Past