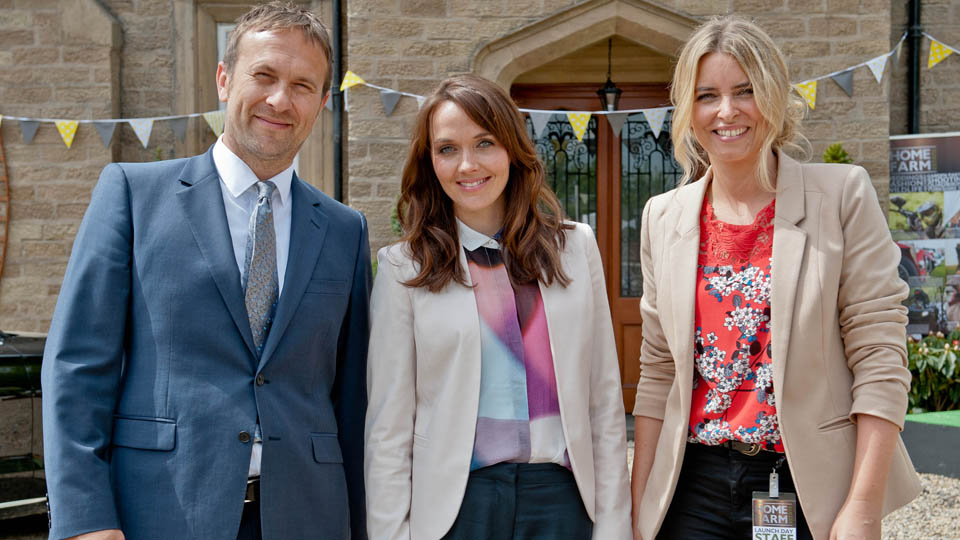 Set to air the day before the Grand Depart of the Tour de France, Victoria Pendleton is the celebrity guest booked for the grand opening of the refurbished Home Farm. With cycling all the rage in the area due to the forthcoming bike race, Nicola King (Nicola Wheeler) is thrilled to have secured the double Olympic gold medal-winning cyclist Victoria Pendleton for their launch.  Even if it does mean her husband Jimmy (Nick Miles) goes into overdrive.

Commenting on her appearance, Victoria said “Appearing on a soap is something I never expected to have the opportunity to do.  So when the chance came up I thought it would be really good fun and my mum is a massive Emmerdale fan so that made the decision very easy. Fortunately I’m playing myself, so it shouldn’t be too difficult but it’s still quite nerve wracking. But the sun is out and I’m sure it will be fun and a great experience to do something different.”

The soap’s Series Producer Emmerdale Kate Oates added  “We are thrilled Victoria Pendleton is coming to Yorkshire to appear in an episode of Emmerdale. With the Tour de France coming to Yorkshire in July, the whole area is feeling the excitement of the event – and we felt it was only fitting Emmerdale was part of that.  As well as a cycling theme to the re-opening of Home Farm, there will be mentions of the race and a few interesting cyclists passing through the village. Plus, Jimmy might get a bit excited at the thought of meeting a long-held crush….”

Emmerdale is produced by ITV Studios and appears on ITV Monday to Friday at 7pm with an extra episode at 8pm every Thursday.

In this article:Emmerdale, ITV, Victoria Pendleton