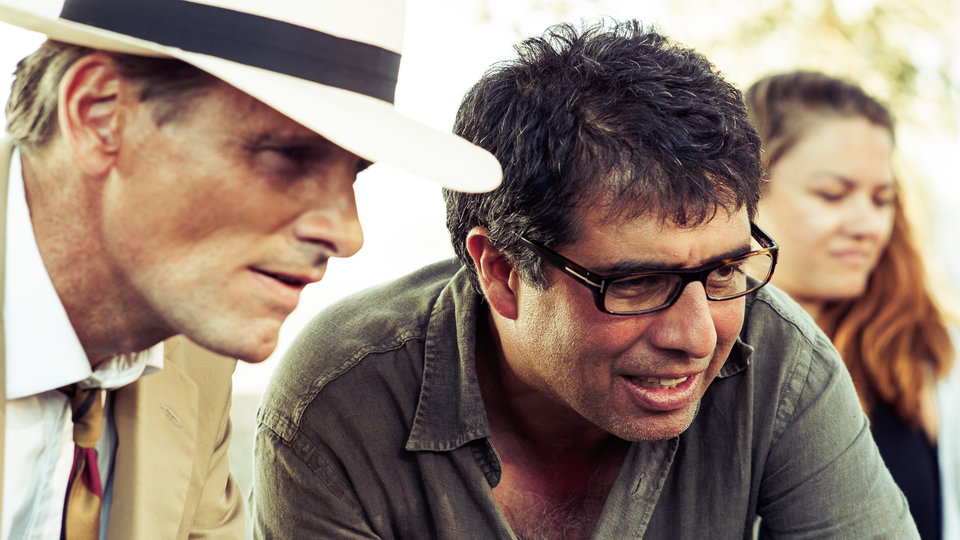 Spielberg, Scorsese, Tarantino. These names are synonymous within the film industry as just some of the most respected and sought after Directors. Big studios and producers alike know that the tried and tested methods of well-known Directors are a safer bet than virtual unknowns, and actors clamour to get cast in their films (Margot Robbie became an overnight sensation after her turn in Martin Scorsese’s latest, The Wolf of Wall Street).

But, like anyone else, no matter what industry, they all had to start somewhere. Get it wrong and it can end a Director’s career before it has even begun. But get it right and it can get a foot on a very large (and often exclusive) ladder.

And to celebrate the success of Director Hossein Amini’s feature film début in the gripping new thriller The Two Faces of January, which is out today, we have charted some of our other favourite first time directorial success stories.

A film that did not gain as much mainstream as many of the others on this list, Satayjit Ray’s Pather Panchali was filmed using barely any budget at all and took a whopping three years to make due to lack of funding. Despite the many obstacles Ray faced, he eventually managed to finish the film to critical acclaim, making it one of the most respected and timeless films to have ever been made and defining Ray as a one of the most celebrated Indian artists to have ever lived.

One of the most famous films on the planet, Donnie Darko almost immediately gained notoriety upon its release, frequently making it onto countless of lists as one of the greatest films of all time. Working from a modest budget of $4.5million the film went on to gain numerous nominations for awards for both writing (which Kelly also undertook) and direction, quickly turning Kelly into one of the most promising young directors at the time.

Pre-production of Confessions of a Dangerous Mind had its own drama way before filming actually began with a seemingly revolving door of directors attached to the project and distribution difficulties, when George Clooney (who was cast in the film) eventually stepped in to direct. Negotiating heavily with the studio (at one point Clooney even agreed to make a cameo in Spy Kids 2) and negotiated lower salaries for co-stars Julia Roberts and Drew Barrymore so that Clooney could cast first choice, Sam Rockwell (whom producers were unsure of), in the lead role.

Though the film underperformed at the box office, it received rave reviews from critics, beginning a successful directorial career alongside his acting.

2008 was a big year for Director Steve McQueen whose British-Irish historical drama film about the 1981 hunger strike stormed the 2008 Cannes Film Festival, winning McQueen the prestigious Camera d’Or award (an award exclusively for first-time filmmakers). This sparked a number of follow up awards including a BAFTA and winning six (out of a total of eight nominations) at the IFTAs. McQueen himself has proved that this was no fluke, directing the winner of this year’s Best Picture winner at the Academy Awards, 12 Years a Slave.

This brutally violent and clever film was the debut of one-half of the famed Coen Brothers, Joel Coen, with brother Ethan serving as Producer. A modest success at the box office, the film was a huge critical success, often making it onto lists of some of the best films ever and gaining the Coen brothers a large following. Their projects are no strangers to awards, consistently being nominated for seemingly every award out there before eventually winning the coveted Best Director statue for No Country for Old Men.

It is not often you hear of a Director placing an ad in the newspaper in order to find acting talent but that is exactly what Sam Raimi did when he undertook the likely terrifying task of casting The Evil Dead as its director. With a limited budget, the cast and crew (who consisted almost entirely of Raimi’s friends and family) took on the role of location scouts to find filming locations, eventually even living in the creepy, abandoned cabin featured in the film itself for the duration of filming. On a modest budget of $350,000 – $400,000, the film went on to make over #2,000,000, launching a long and successful career and a loyal fan base.

Not many students actually get to see their work eventually come to life on the big screen but this is exactly what happened to Terrence Malick who began work on Badlands during his second year as a student at the American Film Institute. Famously quoted as saying that investors of the film invested in “blind faith”, Malick also contributed $25,000 of his own money. An experienced writer in his own right, Badlands was the first feature film he had written with the intention of directing it himself. The closing feature film at the 1973 New York Film Festival, it garnered more attention than Martin Scorsese’s offering at the time, which in itself is a pretty big deal.

With his unique ability to divide audiences and critics alike, Quentin Tarantino always manages to push the boundaries of filmmaking. And at no time was this clearer than when Reservoir Dogs hit screens in 1992. Managing to write a witty screenplay to match his own approach to directing, his unique style turned classic filmmaking on its head, making for an exciting and engaging picture that got everyone talking and made Tarantino one of the most sought after directors overnight.

One of the more experienced directors on this list before making his feature film debut, Frank Darabont had previously worked as a screenwriter and TV film director before taking on the task of adapting Stephen King’s short story for the big screen. Though the film barely made back its budget and never won any big awards, the film became a word-of-mouth hit, gaining a bigger following as the years have gone by. And though Darabont has enjoyed a successful directorial career ever since, The Shawshank Redemption remains his best venture.

Often described as visually stunning and breathtakingly beautiful, Citizen Kane is lauded as a directorial masterpiece, surprising audiences with its ability to provide a different way of interpreting the film with every view. The sheer cleverness of the film is only further heightened by the fact that this was Welles’ first ever solo outing as a feature film director. Going on to direct other pictures with equal perfection such as The Lady from Shanghai and Touch of Evil, Welles is rightly so considered to be one of the finest ever directors.

Catch Hossein Amini’s work in The Two Faces of January, out in UK cinemas today.

Advertisement. Scroll to continue reading.
In this article:First-time Directors, Hossein Amini, The Two Faces of January