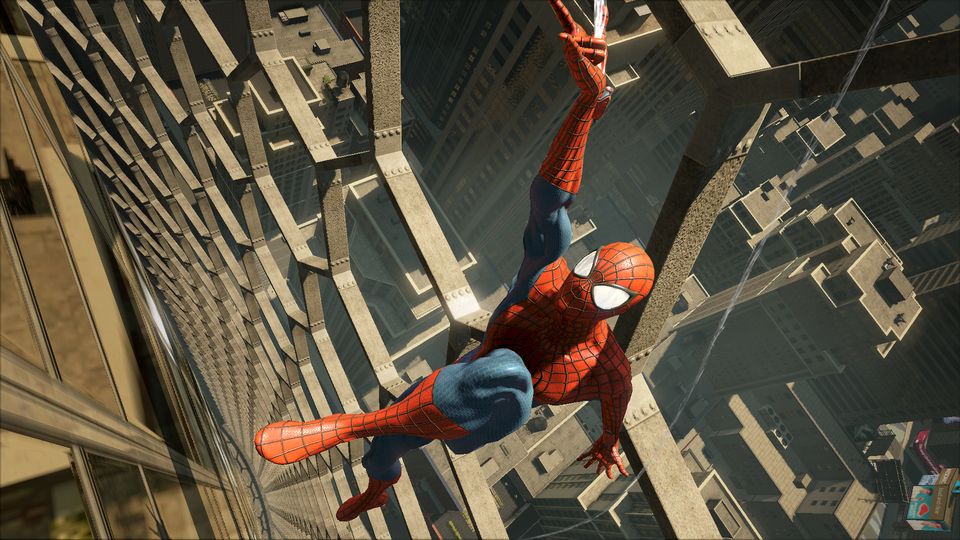 Activision Publishing have announced the release of The Amazing Spider-Man 2, an all-new single-player, third-person action-adventure video game based on Marvel’s beloved Spider-Man character and inspired by the film of the same name from Sony Pictures Entertainment. This original title, available now from development studio Beenox, brings the energy and excitement of the long-running Super Hero franchise to fans looking for a unique adventure that expands beyond the movie’s narrative.

[quote by=”Kurt Niederloh, Activision Publishing’s Vice President and General Manager”]We’ve worked closely with Marvel to create a new story for The Amazing Spider-Man 2 video game that stands on its own from the events of the movie. We’re placing a strong spotlight on Peter Parker, the man behind the mask and his infamous nemeses, including Electro, Kingpin and the Green Goblin among others. The video game not only is based on the blockbuster movie but in addition, also offers its own unique, complete narrative.[/quote]

In crafting the sequel to their 2012 title, The Amazing Spider-Man, Beenox focused on reinvigorating and refining the action-adventure foundation established by the original, beginning with the urban playground of New York City. The Amazing Spider-Man 2 emphasises open-world freedom in its redesign of Manhattan, remade with new visuals, architecture, challenges and surprises to discover.

[quote by=”Thomas Wilson, Co-Studio Head at Beenox”]We want players to have more things to do and more fun when they do them. Every advancement we’ve made with The Amazing Spider-Man 2 informs that theme. From the Hero or Menace dynamic and new visual designs to the changes to combat and focus on Peter Parker – everything’s there to make that world feel more diverse, more engaging and more enjoyable.[/quote]

Check out the official The Amazing Spider-Man Game website for more information.

Greg Ellwoodhttp://www.entertainment-focus.com
Greg is the Deputy Editor of Entertainment Focus. He writes about Games, Tech and TV. You can find him on Xbox/PSN/Steam as Tahllian.
Previous article
Next CoD is Call of Duty: Advanced Warfare
Next article
Tony Hawk’s Shred Session announced for mobile

‘Spider-Man: Across the Spider-Verse’ releases a new poster

‘Spider-man: Across the Spider-Verse’: watch the trailer for the animated sequel