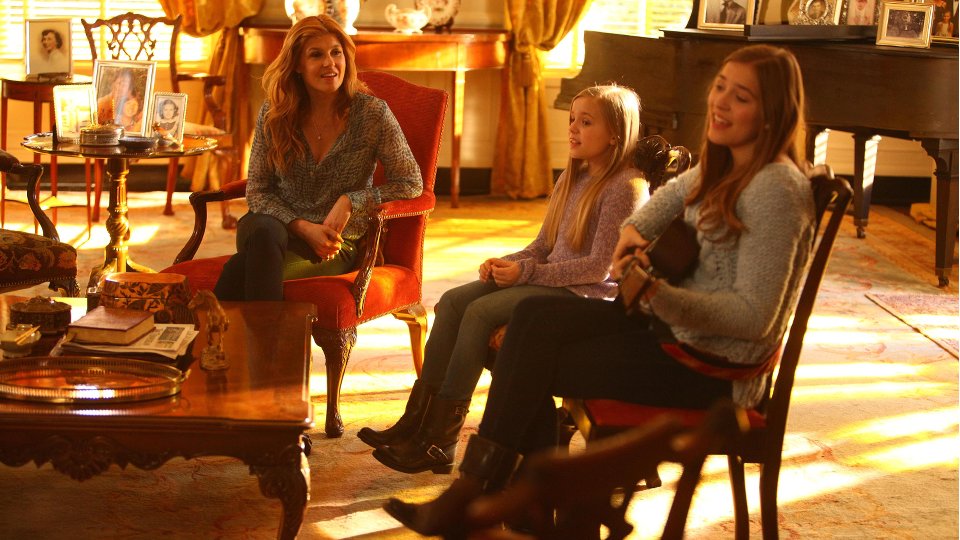 Juliette Barnes (Hayden Panettiere) continued to dig her own grave in the latest episode of Nashville after defying label boss Jeff (Oliver Hudson).

During her Grand Ole Opry ceremony, Juliette was supposed to apologise for her recent behaviour but instead she stuck up two fingers in Jeff’s direction by singing new song Don’t Put Dirt On My Grave Just Yet. This led to her being dropped from the label but she did win Rayna’s (Connie Britton) respect.

Speaking of Rayna she spent most of the episode trying to secure a distribution deal with a powerful contact but she discovered that if she went forward with it, it would prevent Juliette from being on the shelves. Elsewhere Deacon (Charles Esten) discovered his record deal was too good to be true, Scarlett (Clare Bowen) got off to a rocky start in the studio with Liam (Michael Huisman) and Layla (Aubrey Peeples) turned to Gunnar (Sam Palladio) for songwriting help.

Over the next few episodes we’re going to be watching Will (Chris Carmack) closely to see if he comes clean about his sexuality and Scarlett who seems to be on a one-way trip to drug addiction.

The next episode is titled Too Far Gone. Terrified of facing the public, Juliette hides at Avery’s (Jonathan Jackson) house. Rayna prepares to welcome Lamar home from prison. Scarlett burns the candle at both ends.

Tune into More4 at 10pm on Thursday for the next episode of Nashville. Preview it with our gallery below: