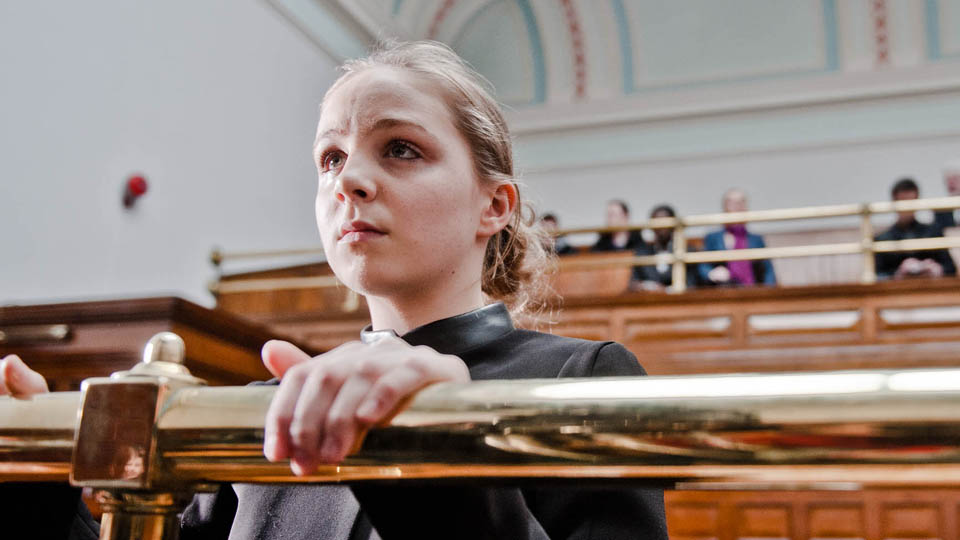 You’ll never guess what’s been happening in Emmerdale this week…read on to find out.

In the week that Belle has to stand in court and give her plea, a desperate Zak decides to lock her in one of the outhouses overnight so she will understand what the next 15 years might feel like.  Belle is distraught and embarrassed when they let her out but sticking to her guns about pleading guilty.

It is up to Cain to have one last try at making her change her plea as he takes her to see where he found an incoherent Zak  wandering the moors, only metres from a deathly fall, when he first had issues.  He tries to make her see what pleading guilty would do to Zak and that the blood would be on her hands should the worst happen.  It must’ve sunk in as she pleads not guilty in court much to Don’s disgust.

Now that she’s pleaded not guilty, she rather stupidly takes advice from Kerry and decides she needs to get pregnant (must be something in the water in Emmerdale at the moment!) to make the court be lenient on her.  The natural choice for a father is Sean, who already tried to confess to killing Gemma this week to try and get Belle off, but the police see straight through his ploy.  Sean is in love with Belle and has already proven his worth when he got Gemma up the duff – and the reason the two girls were fighting that fatal night.

Moira steals to try and throw James off the scent

Adam celebrates his 22nd birthday, leading James to calculate that there’s a strong chance he could be Adam’s dad after a one night stand with Moira 22 years and 9 months ago.  Moira denies it all and eventually tells him that Adam was born 2 months premature so couldn’t be his.  Could she be telling a wee white lie?  Her actions certainly suggest so.

In rushing to the aid of son Ross (who’s got his hand caught in a car engine),  James accidentally leaves £10,000 of farm money in his jeep and when he returns the money is gone.   No one seems to know where it’s gone and Moira is furious with James that he’s lost farm money.  Only later does it transpire that she is the one who took the money as an excuse to force James out of the farm and far away from her.

Finn pretends to be Declan

After stealing Declan’s credit card and hitting the casino with his brother, Finn gets caught trying to sneak the card back on to Declan’s desk by Robbie.  Rather than dob him in, Robbie wants some of the action.

Meanwhile, the croupier from the casino, clearly had the hots for Finn as he tracks him down to the village and the pair are soon heading out on a date to the champagne bar in town except Finn has lead him to believe that he’s Declan and owns all of Declan’s land and businesses.

Charity goes to an abortion clinic to talk through her options and decides that she wants to terminate her unborn child.

Val pulled a punter from the B&B but when she lets it slip that she’s HIV positive he does a runner.

Debbie calls on the police to do a backcheck on new beau Pete.

Laurel is starting to feel suspicious and pushed out by Donna.

Charity and Cain lock horns over their wedding days.

Rhona follows Donna to the hospital and finds out what she’s been hiding.

Alicia inherits £70,000 from someone she claims never to have met.

Romance, or at least lust is in the air for Andy and Bernice.

Debbie finds out bad news from Pete’s past and in a drunken moment invites Ross back to her place.