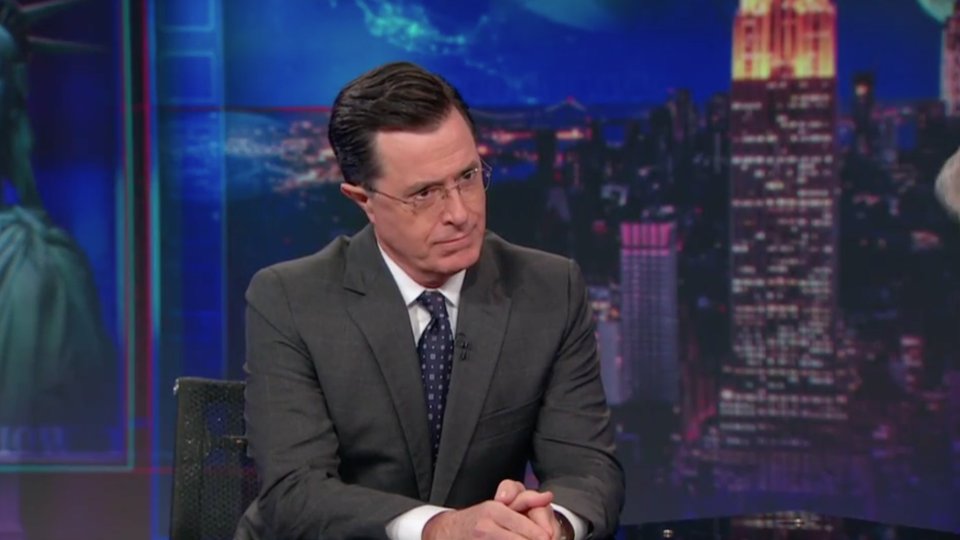 Stephen Colbert stopped by The Daily Show to talk to host Jon Stewart about the end of The Colbert Report.

The two hosts previously worked together on The Daily Show with Colbert as Stewart’s correspondent. Talking about his decision to end The Colbert Report, Colbert says, “You see, there is no mountain left for me to climb. It has become clear to me that I have won television.”

You can watch a clip of the interview below along with a bonus clip from tonight’s show featuring Jon Stewart and his ‘senior royal correspondent’ John Oliver talking about Wills and Kate’s recent visit to Australia.

The Daily Show airs at 00.15 tonight on Comedy Central Extra. Watch the clips from the show below:

In this article:Jon Stewart, Stephen Colbert, The Daily Show