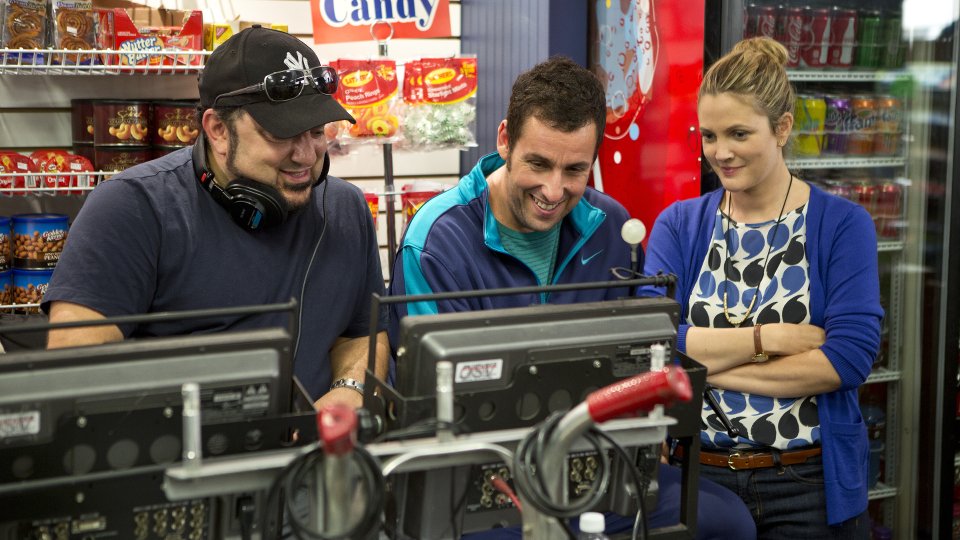 Four behind-the-scenes images have been released from the forthcoming comedy Blended which reunites Adam Sandler and Drew Barrymore.

The images give you a glimpse of the making of the movie and you can see the chemistry is still there between Adam and Drew. Blended is due for release in UK cinemas on 23rd May 2014.

Blended is written by Ivan Menchell and Clare Sera, and co-stars Bella Thorne, Emma Fuhrmann, Alyvia Alyn Lynd, Kyle Red Silverstein, Braxton Beckham. It is directed by Frank Coraci who previously worked with Adam and Drew on The Wedding Singer.

After a disastrous blind date, single parents Lauren (Barrymore) and Jim (Sandler) agree on only one thing: they never want to see each other again. But when they each sign up separately for  a fabulous family vacation with their kids, they are all stuck sharing a suite at a luxurious African safari resort for  a week.

Check out the behind-the-scenes shots from Blended below: