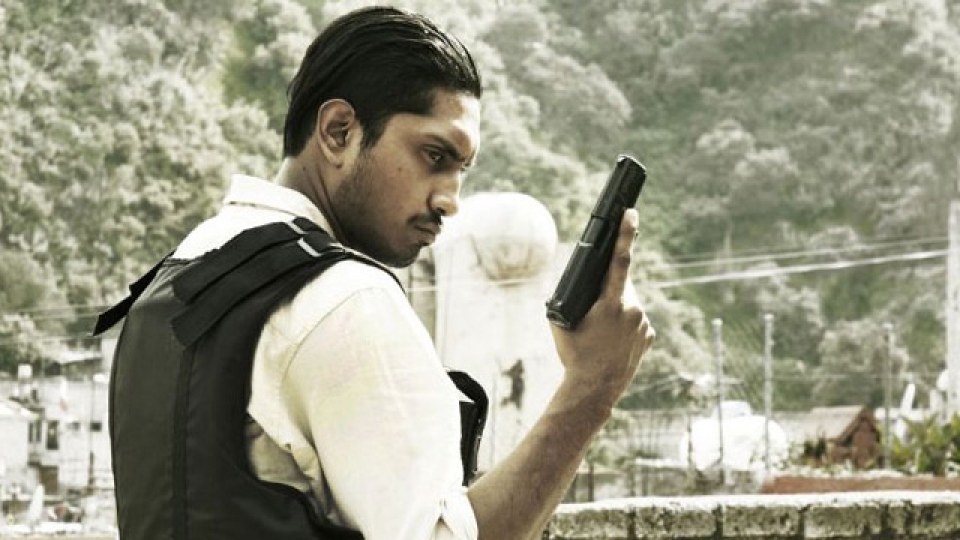 Mexico City is a hotbed of crime, corruption, violence and vengeance. During three subsequent World Cups, in 2002, 2006 and 2010, the lives of its inhabitants will intertwine during a series of events that will send shockwaves through the city and be felt by those involved for years to come.

Days Of Grace is director Everardo Valerio Gout’s debut feature film, and comes to DVD almost a year since it took it’s bow in the UK cinemas. It’s difficult to know what kept this film from home format for so long, as it’s a solid Mexican action thriller that rides the coat tails of City Of God and Elite Squad.

The World Cup setting is an interesting angle to use and one that works very well in knitting the whole piece together. It also shows the evolution of the city & its inhabitants since the previous World Cup and to how the years have moved on, but the situations still remain the same.

The violent scenes are, as to be expected, dangerous and very violent but the film deals with them in that way that shows how ruthless the entire region continues to operate. Nothing is left off-screen as most of the killings are bloody and very brutal. Also these moments are filled with frenetic energy via the medium of hand held cameras, as they rip and run through the city with exceptional pace. This is all contrasted with some exceptional cinematography of the wider landscape of Mexico City, as the beautiful panoramic shots perfectly capture the quieter moments.

There is a very good performance at the heart of the film from Tenoch Huerta, who plays Lupe – the policeman trying to stop crime and corruption. He really gets underneath the character’s process of trying to stamp out everything he sees is illegal. A Serpico for the modern day Americas. Also watch out for Carlos Bardem (Brother of Javier) become one of the kidnapped victims. Bardem could follow his brother’s career path if he continues to choose roles like this that show his full range as an actor.

The issue Days Of Grace struggles with is its run time which makes it feel a little too long-winded during each World Cup time frame. Time is lost to extended scenes that are needlessly long and unrequired. Also with the amount of cross-plotting that is done through the years it covers, it can be tricky to keep up with where in the story time frame it all sits. A little time trim and a bit more structure to the film would have given us a better and more complete understanding of what is making these people (good and bad) tick for all these years.

Days Of Grace has enough pop and vigour to keep it pumping for over two hours (even if it does feel a bit too long at times), and with a novel idea to revolve it around a global event. Days Of Grace continues the excellent trend of visceral crime thriller’s set in South America.

Advertisement. Scroll to continue reading.
In this article:Days of Grace