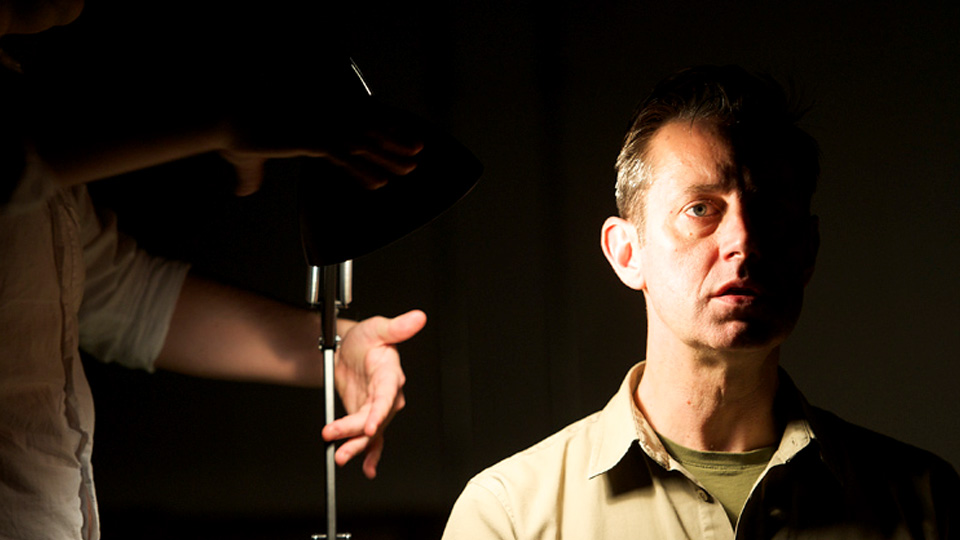 Based on the personal experiences of journalists, critically acclaimed composer Helen Chadwick and Olivier Award winning choreographer and co-founder of Frantic Assembly Steven Hoggett present the world premiere of a new song-cycle performance, coinciding with the centenary of WWI. The performance, which is the second collaboration between the two artists, weaves together sound extracts of interviews and wartime poetry with original choreography and musical composition to depict the extraordinary stories and life changing experiences of war journalists from across the world who risk their lives in extreme circumstances.

Whilst reporting an outbreak of war, a journalist is held at gunpoint, caught in the no-man’s land between two nations. War Correspondents has been co-commissioned by Greenwich & Docklands International Festival, Sage Gateshead, New Writing North for Durham Book Festival, and is the second song theatre performance created by composer Helen Chadwick and choreographer Steven Hoggett following the success of Dalston Songs, commissioned by the Royal Opera House.

War Correspondents has been in development for six years. During this time, Helen Chadwick and designer Miriam Nabarro interviewed War Correspondents with experience of conflicts in Iraq, Chechnya, Georgia, Afghanistan, Liberia and Bosnia. The world premiere is being hosted by Birmingham Rep from 24th to 26th April 2014 followed by an extensive tour to include the Greenwich+Docklands International Festival from 20th to 22nd June at The Skittle Alley, Old Royal Navel College.

Helen Chadwick is a British musician and singer who has written over 200 songs, mainly for unaccompanied voices. She has made six solo albums and several with other artists. She composes for radio, theatre, and opera and creates song theatre performances, both solo and with her group. As a singer she has worked with Meredith Monk, Orlando Gough and for the Royal National Theatre. Recently she has created, composed and sung in Dalston Songs and The Singing Circle, both commissioned by the Royal Opera House.

Steven Hoggett is the winner of 2009 Olivier award for Best Theatre Choreographer for the National Theatre of Scotland’s Black Watch. He was nominated for a Tony Award for Once on Broadway and nominated for an Olivier Award for The Curious Incident of the Dog in the Night-time. He is the co-founder of Frantic Assembly, whose credits with the company include Lovesong, Beautiful Burnout, Stockholm, Pool (No Water) and Dirty Wonderland. Other recent credits include The Light Princess (National Theatre), The Full Monty (Sheffield Theatres), Rigoletto (Metropolitan Opera), The Wolves in the Walls (National Theatre of Scotland).

War Correspondents opens on 24th April at The Door at The REP, Birmingham. Tickets are on sale, priced at £12. Book online at www.birmingham-rep.co.uk or call box office on 0121 236 4455. (The show then transfers to Chipping Norton Theatre on 30th April, priced at £15. Book online at www.chippingnortontheatre.co.uk or contact the box office on 01608 642350.) For more details of the tour visit helenchadwick.com/warcorrespondents.

In this article:Dalston Songs, War Correspondents