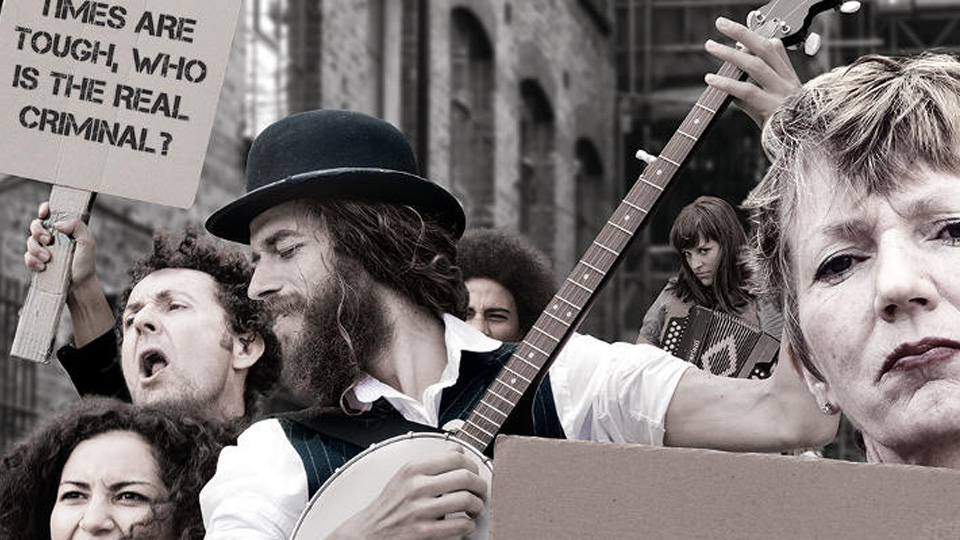 Building on its strong reputation for innovation and commitment to accessible theatre, West Yorkshire Playhouse is thrilled to present The Threepenny Opera, teaming up with the UK’s foremost disabled led theatre company Graeae and three leading regional theatres. New Wolsley’s Artistic Director Peter Rowe and Graeae’s Jenny Sealey – co-director of the 2012 Paralympics Opening Ceremony – co-direct Brecht and Weill’s classic play about the downtrodden and dispossessed, reinvented for our times in a striking and energetic fully accessible staging. Currently touring the UK to great critical acclaim, this large-scale musical comedy concludes with performances in the Quarry theatre on Thursday 24 April – Saturday 10 May, alongside a programme of extra events curated by West Yorkshire Playhouse exploring disability and diversity in the arts.

At a time of financial insecurity and grinding poverty, never has there been a more relevant time for a fresh exploration of society’s reaction to surviving economic hard times and allowing the social under-dogs to have their say. Imagine a world where evil goes unpunished and lowly souls remain on the poverty line. London’s most notorious criminal Macheath has recently married Polly, the daughter of Jonathan Peachum, leader of the beggars. Featuring a live score including Mack The Knife and Pirate Jenny, this collaboration re-invents The Threepenny Opera for our times with a motley company of contemporary beggars – an explosive mix of opera singers and actor-musicians.

This large-scale production unites West Yorkshire Playhouse Nottingham Playhouse, Graeae Theatre Company, New Wolsey Theatre and Birmingham Repertory Theatre, and follows on from Peter Rowe and Jenny Sealey’s previous collaborations The Flower Girls and Reasons to be Cheerful. Peter Rowe is Artistic Director of New Wolsey Theatre Ipswich and prior to this has been Artistic Director of the Gateway Theatre and Liverpool Everyman. His recent work includes the nationally touring Our Housewritten by Tim Firth and featuring the music of Madness.

In this article:Graeae, Leeds, The Threepenny Opera, West Yorkshire Playhouse