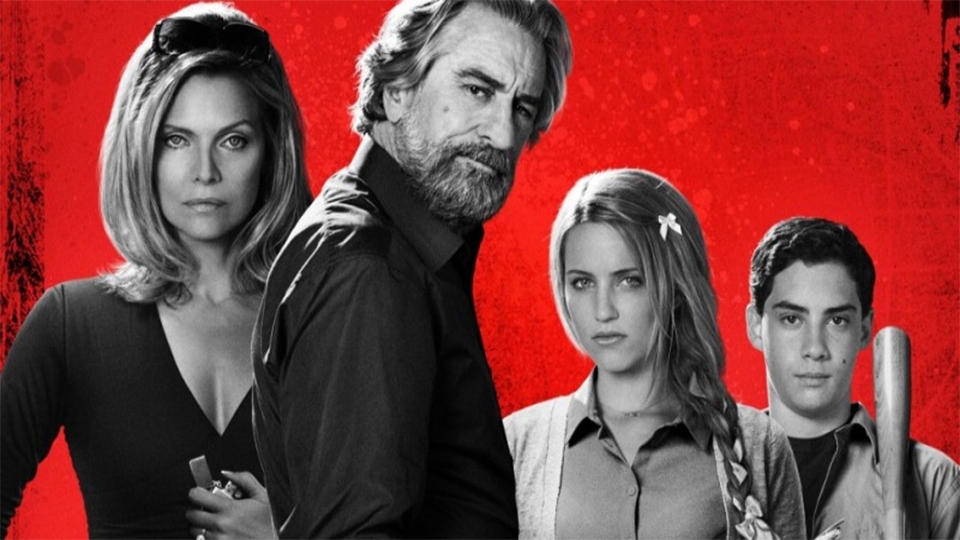 Giovanni Manzoni (Robert De Niro – Heat) used to be a major player for the Mafia. But after agreeing to testify against them, he and his family enter the witness protection program. The mob haven’t given up hope of locating  him  just yet though. When they get word that he might be hiding out in Normandy, they send a hit-squad to take them all out for good.

The Family is essentially a fish-out-of-water tale of an all-American mum, dad, son and daughter forced to relocate to France. It just so happens that they used to be in the Mafia. This premise may sound clichéd but for the most part, writer/director Luc Besson and co-producer Martin Scorsese have crafted an entertaining yarn that has brief flashes of comedy gold.

It’s been awhile since Robert De Niro has led a big budget movie. The Family finds him on great form with the legendary actor seemingly relishing the opportunity to combine his mob personae with his comedy work.

The supporting cast are all excellent and elevate the film to headier heights. The ageless Michelle Pfeiffer continues to smoulder the big screen and works brilliantly against De Niro. Having appeared in classic gangster fare like Scarface and 80’s comedy Married To The Mob, its nice to see where Pfeiffer takes the mob wife character a few years down the line. She also still looks 30 so its great to see her light up the big screen again.

Glee’s Dianna Agron does remarkably well given how little she has to work with and makes a thin character actually believable and intriguing. She also shares a refreshingly honest depiction of the brother-sister dynamic with John D’Leo. Tommy Lee Jones rounds things off with a scene-stealing supporting turn that only he could deliver. If anything, it’s a shame we don’t get to see more of Jones and De Niro onscreen together.

There’s plenty of in-jokes flying around this movie too – none more satisfying than a gag which has DeNiro’s character critiquing the movie Goodfellas to a local village community. The rest of the comedy is certainly dark but there are enough good moments to overshadow some of the less effective jokes. It’s just a shame that its tone sometimes ventures too dark and threatens to derail the overall flow of the story.

The Family may have a few issues with pacing and tone but ultimately it’s an enjoyable ride to take. The cast are a big factor in its success with everyone delivering their A game. Mixed with Besson’s natural flair for theatrics, The Family is a brash, odd-ball comedy that entertains throughout.