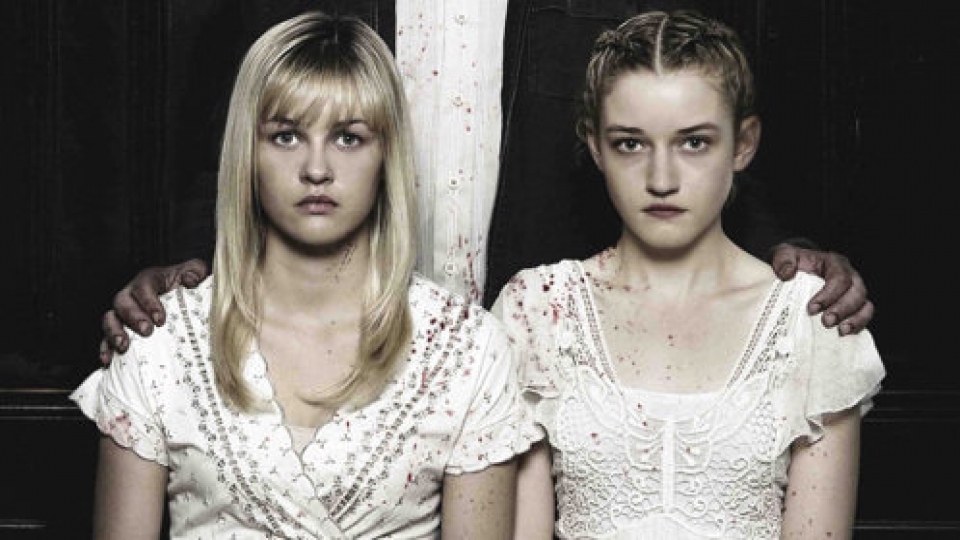 The Parker family lose their mother after she succumbs to a brain injury during a rain storm. Grieving heavily, the family still adhere to a religious ceremony that they have been following for generations. But as the rain falls harder, it washes some secrets back into the lives of The Parkers… secrets that will shine a telling and shocking light onto their practices and way of life.

This US remake of Somos lo que hay has been eagerly awaited. The original was far from a classic but it did have a very intriguing premise that the US version looked to explore in greater depth. The first thing that strikes you here are the plot changes and whilst they do make perfect sense for this particular version, it still doesn’t do enough to sufficiently elevate the film.

There isn’t a poor performance in the movie with every single cast member handing in a stellar effort. Julia Garner and Ambyr Childers hand in wonderfully strained and shattered performances that make you sympathise with them, even though they are doing heinous acts. Bill Sage is scary as hell as the stern head of the family and even Jack Gore does very well as the youngest of the Parker children, who is always complaining about being hungry.

The supporting cast are also all excellent with Michael Parks doing a wonderful job as the county coroner who identifies that something is wrong with the Parkers. The Red State actor is a joy to watch and lends the film a real sense of worth. Wyatt Russell does well as a young deputy who falls for one of the daughters and Top Gun’s Kelly McGillis steals her scenes as a kind natured neighbour who unwittingly gets involved with the family.

We Are What We Are is shot well, has great performances and has an intriguing premise but there’s something distinctly lacking here. The pacing of the movie derails the flow and makes it an arduous journey until the final third, which then picks up pace considerably. The finale is gruesome and hooks you in but it’s too little too late by that point. It’s a shame because the ingredients were there to make this a special horror movie.

We Are What We Are is worth a watch but it doesn’t have the desired impact, nor does it linger in the mind like its subject matter demands. It’s far from a failure but the slow burn of the set-up actually takes the viewer out of the story far too many times to be effective. We retread established ground too often and not enough time is spent with the supporting characters. We Are What We Are is a dish best served with lowered expectations.

Advertisement. Scroll to continue reading.
In this article:Ambyr Childers, Bill Sage, Frightfest, Julia Garner, Kelly McGillis, Michael Parks, Odeya Rush, We Are What We Are