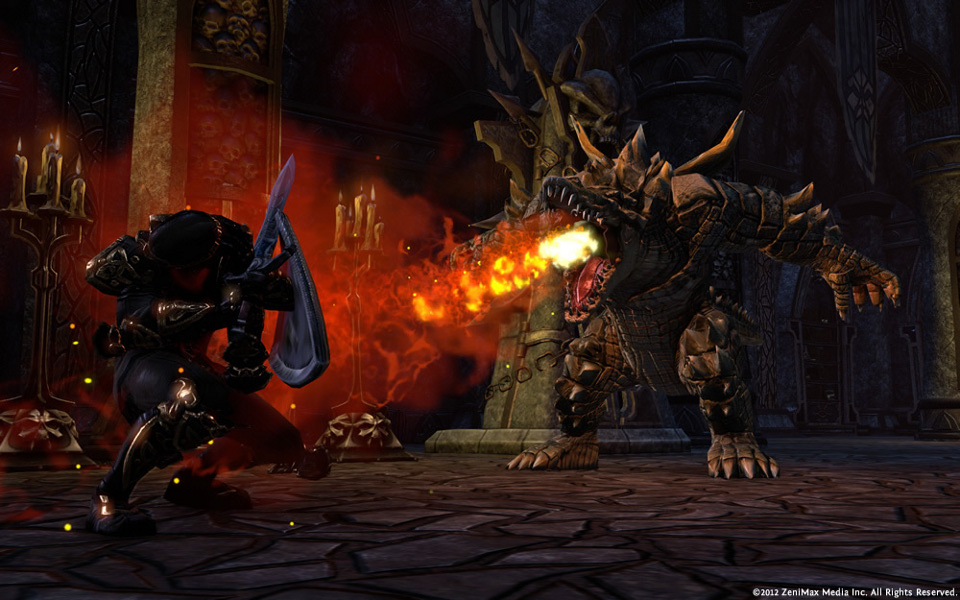 Bethesda Softworks have announced the voice cast of The Elder Scrolls Online. The game is scheduled for release on April 4th, 2014 on PC and Mac and June 2014 for the PlayStation 4 and Xbox One.

The Elder Scrolls Online is the latest chapter of the award-winning franchise and will bring the legendary experience online for the first time. Players can choose their own style of play as they embark upon an epic adventure across all of Tamriel, playing alone on heroic quests as in previous Elder Scrolls games, exploring the huge, rich world with a few friends, or joining with hundreds of others in massive PvP battles to save the Empire.

John Cleese plays Cadwell, the cheerful and endearingly mad lost soul who is not afraid of anyone, even a Daedric Prince. Joining the cast as High King Emeric, Bill Nighy portrays a merchant prince whose luck and determination won him the throne. Kate Beckinsale takes on the role of Queen Ayrenn, the leader of the Aldmeri Dominion and Queen of the High Elves who is far more comfortable with a blade than her crown.

In addition, Alfred Molina takes on the role of Abnur Tharn, a wily old wizard and politician who is the head of the Empire’s Elder Council, and the de facto power behind the Ruby Throne. Lynda Carter plays Azura, the Daedric Princess of Dusk and Dawn from Skyrim who is a popular part of Elder Scrolls lore. Michael Gambon voices The Prophet, a mysterious blind man who guides the player through their journey to retrieve their soul; and Malcolm McDowell plays the key figure Molag Bal, an evil Daedric god from another plane who schemes to enslave the mortal souls of Tamriel.