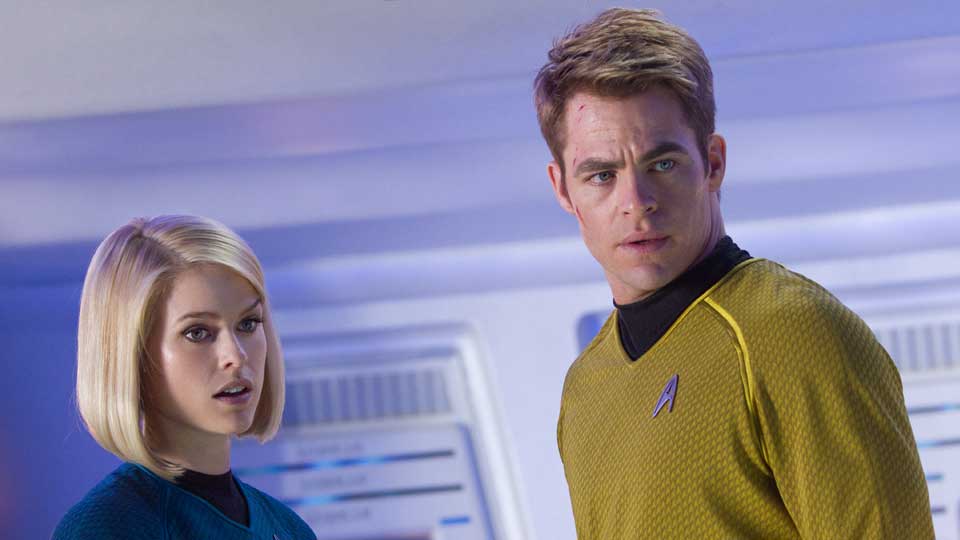 Following on from the amazing orchestral event The Artist: Live In Concert (check out our review), the Royal Albert Hall will host the UK premières of J.J Abrams’ Star Trek and its sequel Star Trek Into Darkness – Live in Concert on May 29 and 30 2014. With Star Trek fever at an all-time high and due to popular demand, the Royal Albert Hall has also announced an extra date for fans old and new to celebrate the extraordinary collaboration between J.J. Abrams’ motion pictures and Michael Giacchino’s epic scores.

These live concerts will feature Giacchino’s score brought to life on stage by the 21st Century Symphony Orchestra and Chorus, while the films are shown in high definition on the big screen, in the majestic surroundings of the Royal Albert Hall. Under license by CBS Consumer Products, the concert explores the collaborative relationship between music and storytelling that is a must for movie lovers.

The recent release of “Star Trek Into Darkness” debuted at No.1 at both the U.S. and UK box office, and has already earned $448 million worldwide.

“To hear Michael Giacchino’s music, the secret weapon of the Star Trek series, performed live in Royal Albert Hall, will be, I promise, a thrill,” says J.J. Abrams. “The full orchestra scoring sessions for the films have been among my favourite life experiences. To give the public a chance to hear this incredible music performed live is a wonderful thing. I cannot wait to go and celebrate Michael’s truly remarkable achievements!”

Michael Giacchino adds, “In 2003, before I wrote my first film score, I saw John Williams conduct ET live to picture at the Shrine Auditorium in Los Angeles. I will never forget that event. A little over ten years later, I will have the honour of experiencing my music for both Star Trek films performed by the incredible 21st Century Symphony Orchestra and Chorus under the baton of the talented conductor, Ludwig Wicki. That in itself is exciting, but the fact that we will be in the Royal Albert Hall in London is truly amazing. After working with J.J. for 13 years, it will be so rewarding to have his wonderful films brought to life in a whole new way. I look forward to sharing these concerts with J.J. and the Star Trek fans, new and old.”

These events are part of the Royal Albert Hall’s series in celebrating classic films with live orchestra. 100,000 people have now enjoyed sold out performances at the Hall of The Lord of the Rings Trilogy, The Matrix, the 50th Anniversary of West Side Story, Disney’s Fantasia, Singin’ in the Rain and UK premiere of Pixar in Concert on February 22nd 2014. The Hall looks to provide memorable visitor experiences for all and, as a charity, these own-promoted events form a part of its extensive public benefit remit.