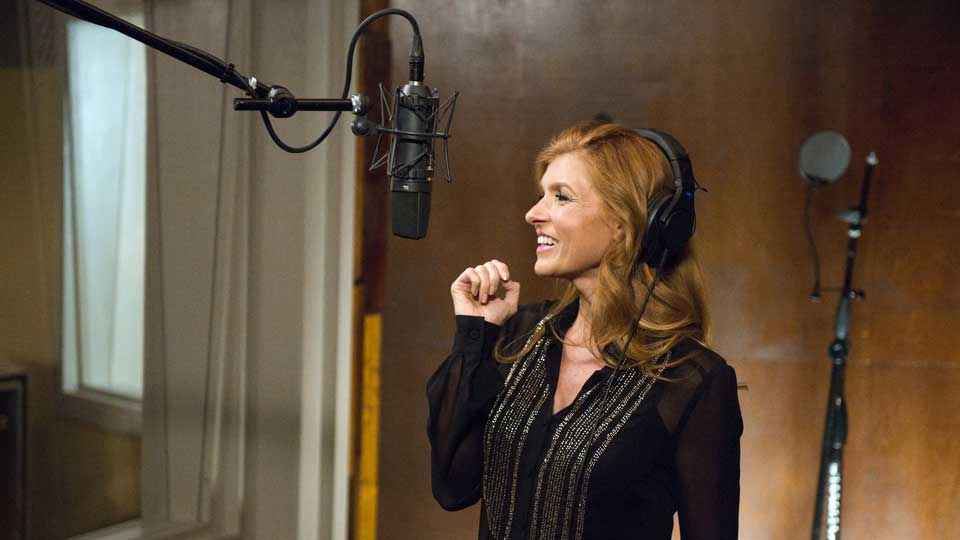 Nashville has become one of our very favourite shows since it debuted in the US in 2012. It took a little while to travel over to the UK but thankfully it was picked up by More4 and gathered a cult following. The show tells the story of country legend Rayna James (Connie Britton) and rising starlet Juliette Barnes (Hayden Panettiere) who find their lives and careers intertwined which causes more than just a little bit of friction. Over the course of the first season there were two album releases to tie in with the show but fans felt a little short-changed at not being able to own all the songs like they can in the US.

Nashville Season 1: The Complete Collection should go some way to remedying that situation as the four disc boxset features 63 songs from the show along with Hayden Panettiere’s music video for Telescope. The first two discs in the box set are the deluxe editions of the two soundtracks previously released so they may offer some additional tracks for fans who bought the standard editions. Those discs contain some of the show’s best-known songs including Rayna and Juliette’s duet Wrong Song, Scarlett (Clare Bowen) and Gunner’s (Sam Palladio) duets Fade Into You and If I Didn’t Know Better, and Juliette’s Telescope and Nothing In This World Will Ever Break My Heart Again.

The real attraction for this release though is the additional two discs which feature 32 previously unreleased tracks from the show’s first season. On these two discs are some of the lesser-known and lesser-performed tracks from the show and there are plenty of gems along the way. As always Hayden Panettiere’s tracks as Juliette are the best songs on the discs and she’s got a nice little country twang that makes us think she should release her own country record. The punchy I’m A Girl and the hand-clap driven Yellin’ From The Rooftop are two of the best songs here.

Jonathan Jackson who plays Avery in the show gets a chance to shine too with several tracks across the two new discs. The Morning of the Rain is perhaps his finest moment but it’s nice to be able to hear his versatility as he featured lightly on the previously released soundtracks.  Chris Carmack’s Will gets an outing too on the duet with Gunner Tough All Over and solo track A Showman’s Life. We’re hoping to hear more of Will’s songs now he’s a bigger part of the show’s second season.

Alongside the hidden gems from the show there are also alternate versions of tracks that feature on the first two discs. Gunner’s solo version When The Right One Comes Along is simply beautiful whilst the country version of Avery’s Keep Asking Why is miles better than the pop version that was used in the show and featured on the second soundtrack. We also quite like the growlier side of Scarlett’s vocals on her version of Twist of Barbwire which was originally performed by Avery.

Nashville Season 1: The Complete Collection is packed with gem after gem. Whilst country music may not be the order of the day here in the UK, we love the variety of music that Nashville serves up. All of the cast bring different sounds to the show and getting a four-disc collection with 63 tracks from the show is a real treat. Hayden Panettiere steals the show without a doubt but Clare Bowen and Sam Palladio are nipping at her heels. Roll on the season 2 soundtracks we say as the show returns in the UK in February.