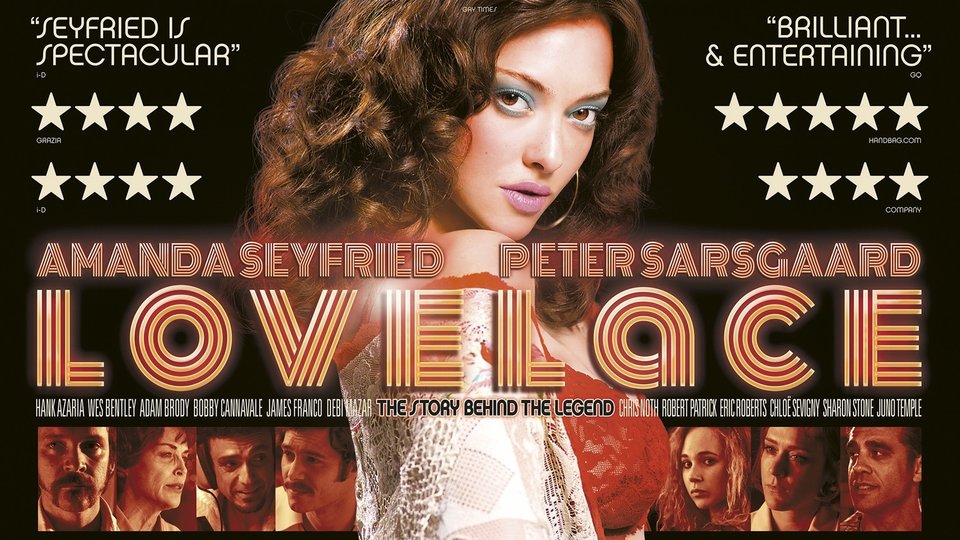 In 1972, before the internet, before the explosion of the adult film industry, Deep Throat was a phenomenon: the first scripted pornographic theatrical feature film, featuring a story, some jokes, and an unknown and unlikely star: Linda Lovelace (Seyfried; Les Miserables).

Escaping a strict religious family, Linda discovered freedom and the high life when she fell for and married charismatic hustler, Chuck Traynor (Sarsgaard; TVs The Killing). As Linda Lovelace she became an international sensation, less centre-fold fantasy than a charming girl-next-door with some ‘impressive skills’. Six years later she presented another, utterly contradictory, narrative to the world – and herself – as the survivor of a much darker story.

To be in with a chance of winning Lovelace on Blu-ray, simply answer the question below.

Lovelace is out on Blu-ray and DVD now, courtesy of Lions Gate Home Entertainment.

In this article:Amanda Seyfried, Competition, Lovelace