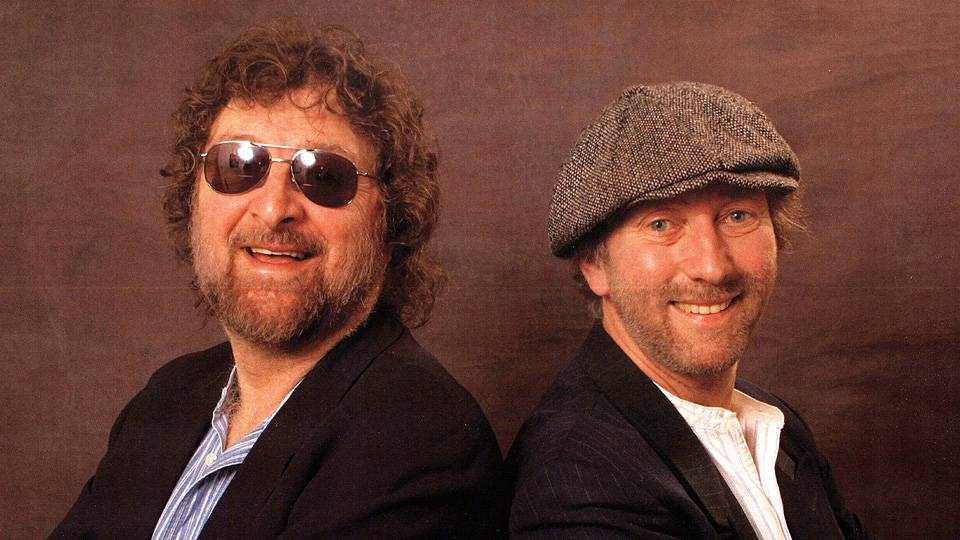 Following on from the release of their brand new album That’s What Happens on Warner Brothers Records and their headlining performance at The Royal Variety Show 2013, Chas & Dave will be appearing at Leeds Grand Theatre next year.

Chas & Dave began writing and performing songs together in 1972, having been friends since the early sixties. They are now celebrating their 50th Anniversary by recording their first original album in 27 years – a mixture of vintage rock & roll songs and new renditions of their own rockney classics. The album also features special guest stars such as Jools Holland and Hugh Laurie.

They reached the top twenty in 1979 with Gertcha, which became a nationwide catchphrase.    This was followed by Rabbit, which reached No. 8 in the charts, and a No. 2 record Ain’t No Pleasing You in 1982. In 1986 they had a top six record with Snooker Loopy. They have also written title songs for TV shows Till Death Do Us Part and Only Fools & Horses.