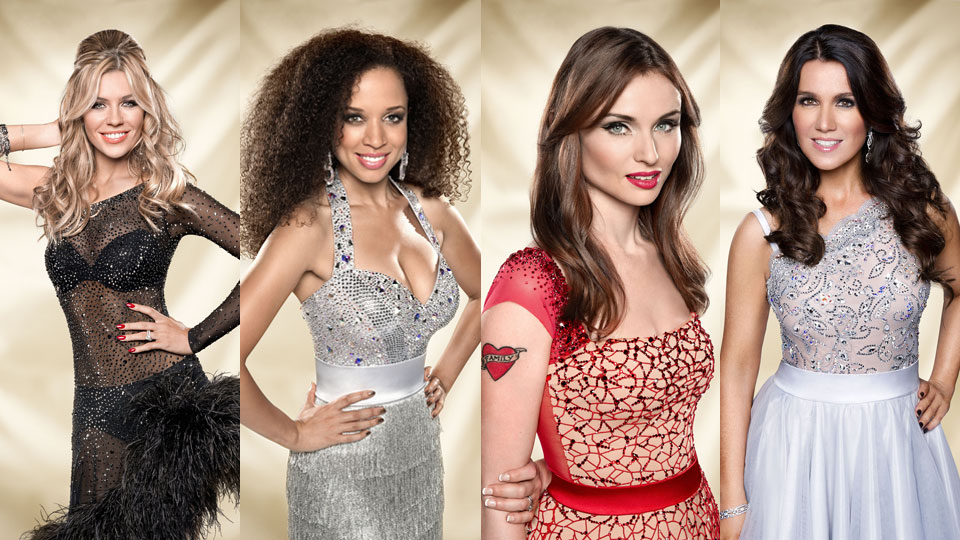 The Strictly Come Dancing 2013 final is here tonight and it’s going to be the closest one yet.

Susanna Reid, Abbey Clancy, Natalie Gumede and Sophie Ellis-Bextor will be competing to take home the Glitterball Trophy. In preparation for the final we’ve taken a look at each of the celebrities, selected their best dances and given our verdict on their chances.

Model and TV presenter Abbey Clancy has been one of the biggest revelations of the competition. With no prior dance training, Abbey has improved week-after-week and pulled out some stunning dances with her partner Aljaz Skjorjanec.

What is there to say about this routine other than wow? Abbey was effortless and Len said he couldn’t tell her apart from the female professionals she was dancing with. Stunning.

Our verdict: There’s no doubt that Abbey is a wonderful dancer but she has been in the bottom two during week 6 of the competition. We think there’s a bit of a disconnect between Abbey and the public but our money is on her finishing joint runner-up tonight.

Actress Natalie Gumede has had a tough time in the competition plagued by injury and criticism about her previous dance training. Regardless her partnership with Artem Chigvintsev is magical and two are the strongest dancers in the competition.

We were in the studio for this magical routine and it was absolutely stunning. Romantic, tender and delicate it is pure beauty. Showing off Natalie’s incredible abilities and Artem’s stunning choreography we loved every second of it.

Our verdict: This is a tough one to call. Natalie has had to deal with a lot of criticsm and we fear that this could result in a public backlash like Denise Van Outen last year. Landing in the bottom two last week likely means she won’t win. Technically she is the strongest dancer and should claim the Glitterball Trophy. We think she’ll end up joint runner-up with Abbey.

Sophie has struggled to match the highs of her Charleston but she’s been one of the most consistent competitors this year. Brendan Cole has pushed her at every opportunity and she’s been a joy to watch as her personality has shined through.

We still can’t believe the standard of this routine from Sophie and Brendan. Only 2 weeks into the competition and they really pulled it out of the bag. Unfortunately it’s resulted in incredibly high expectations every week which has been a challenge for them.

Our verdict: Sophie is definitely the under-dog in tonight’s competition. Whilst she’s never been in the bottom two, her dancing hasn’t been to the standard of the other three celebrities. She’s cool, classy and capable but we think she’ll finish in in fourth place tonight.

Whenever BBC Breakfast presenter Susanna Reid dances we can’t help but smile. She’s infectious, capable and hard-working. Susanna and Kevin are our favourite couple and they bounce off each other. They’ve had some highs and lows but remained popular throughout.

Easily the the couple’s best dance and dare we say one of the best for 2013? This powerful performance is the point where Susanna became a real contender and we can’t wait to see it again tonight.

Our verdict: People power has ensured that Susanna has stayed out of the bottom two and she’s definitely the most popular of the remaining celebrities. Her dancing has lacked consistency and she tends to have high followed by a low. We admire her determination as a working mother and the only celebrity still working at this stage in the competition. Our money is on Susanna to take the Glitterball Trophy.

Tune into Strictly Come Dancing 2013 tonight on BBC One and BBC One HD from 6.30pm to find out who wins the series. Good luck to all four couples! They all deserve to lift that trophy.