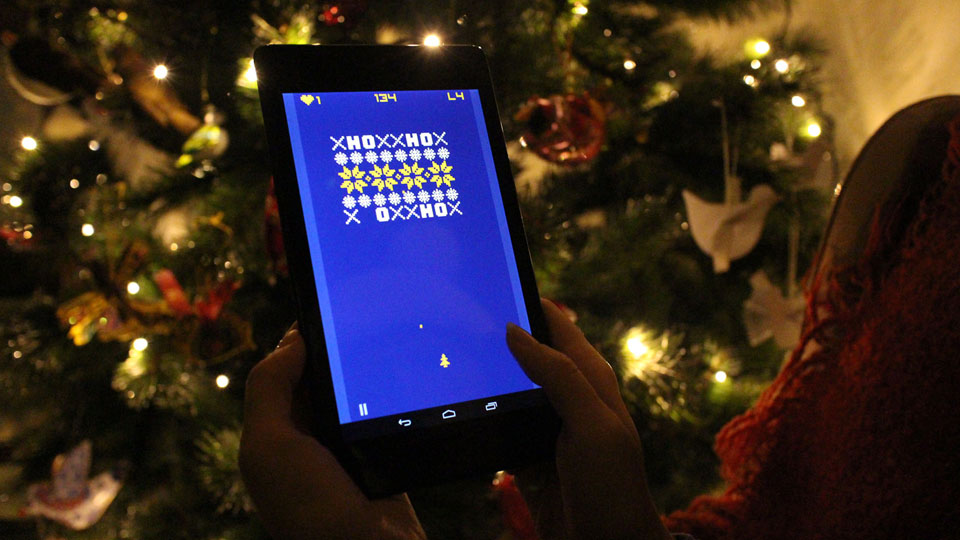 It’s the time of year where work goes out of the window and skiving is the order of the day. With only a week until Santa does the rounds, who doesn’t need a good distraction?

Well independent Australian developer Hovel Games has released Christmas Invaders which should be just the ticket. The game is a festive take on the classic Space Invaders and is as addictive as the game we all know and love.

Christmas Invaders requires you to tilt your device to control your Christmas tree shooter and eliminate the barrage of oncoming festive attackers. You can pick up bonus points by aiming at Santa and his reindeer too.

You can share your score on Facebook and challenge others to play against you in a bid to get the highest score.

The game is free to download and available on Google Play for Android devices and on iTunes for iOS devices.

Take a look at some screenshots from the game below:

In this article:Christmas Invaders, Hovel Games