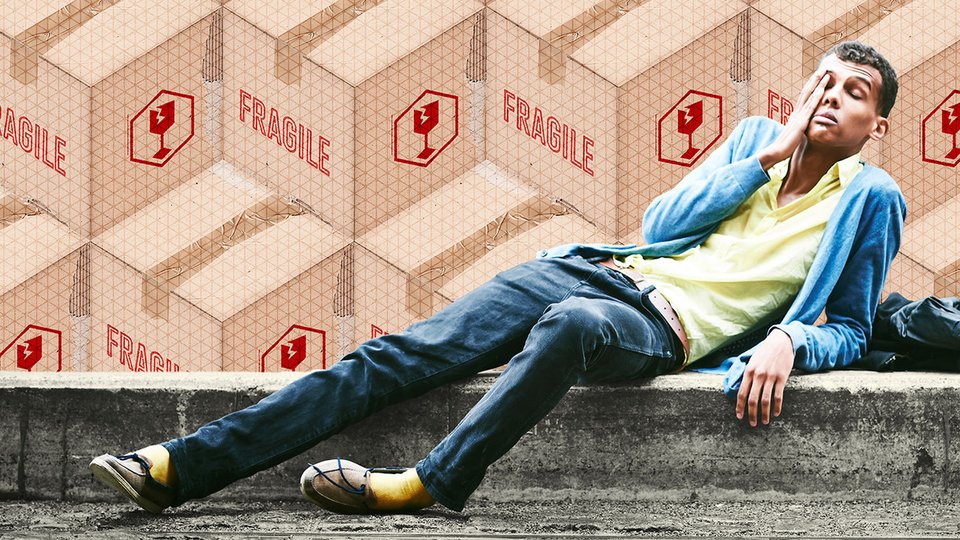 Stromae is a Belgian artist, not to be mistaken as French, indeed this young talented man is proud of his Rwandan and Belgian roots. His first single Alors On Dance was released in 2010 and conquered the charts all across Europe reaching number one in over ten countries and in the UK the single entered the top 40 charts. Stromae has since established himself as a star across Europe and has distinguished himself as a producer and writer. Wednesday night he played at Scala and we were there too.

London has a huge amount of French speakers so rather unsurprisingly Stromae’s Scala show sold out within minutes on the other hand it might be surprising to some that non French speakers were also out to party with the Belgian artist. We first heard of Stromae through the musical grapevine and it didn’t take us long to like the music. French vocals might be off-putting to non French speakers but Stromae wins those sceptics by producing crisp house tunes which are bangers each time.

We’d like to start by saying that we have, since seeing him live, become huge Stromae fans. Indeed his Scala performance was spectacular and in some respects flawless. On stage Stromae instantly catches your attention, he’s comfortable, funny and has got a good groove on. We were delighted by his jokes and his showmanship. Playing tracks of both his records he adapted each performance to the show, so for the song that was about a woman winging about the relationship, Tous Les Meme he put on some lipstick and pretended to be her and for Formdiable he played the drunk who just broke-up with his girlfriend.

Highlights of the night included the performance of Humain A L’eau. The track itself is our favourite from the artist’s current album with its bass and big drop it has all the ingredients to become a club favourite. The Scala crowd was familiar with the track and it showed, people were dancing singing and more importantly enjoying themselves. Stromae proceeded to play his smash hit Alors On Dance (so we dance) and cleverly mixed in some nineties dance tracks such as Insomnia or Rhythm Is a Dancer. It was all very well received.

Last but not least Stromae played Papaoutai and Merci but not before thanking his friends, family and colleagues and most importantly his fans.

The show ended on a high note and everyone seemed delighted. Stromae strikes us as a perfectionist who knows exactly what his doing when on stage. His Scala show was phenomenal and we’ll be first in line for his next gig in February 2013.