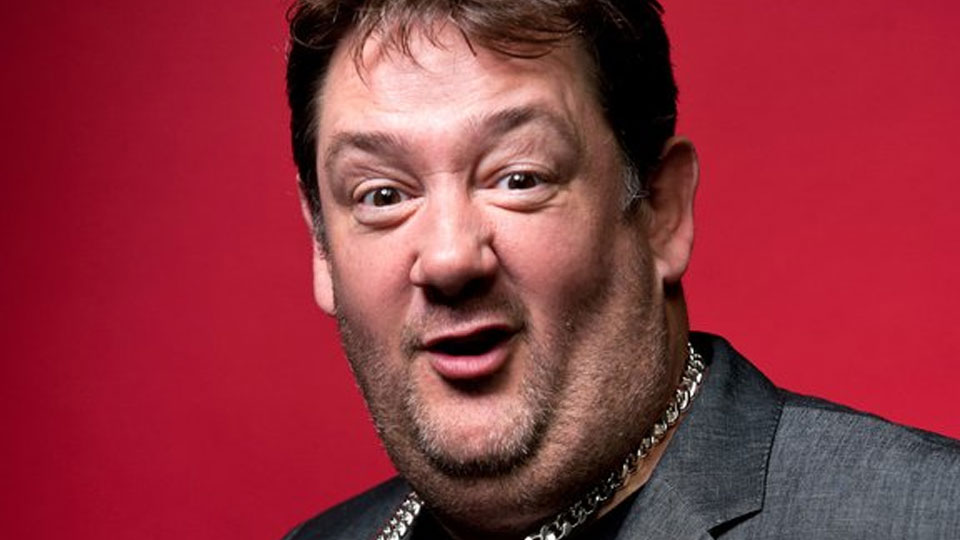 Comedian Johnny Vegas is a well known favourite with fans, with Benidorm a huge success and a book out – he’s a very busy man!

Last night at the British Comedy Awards, Johnny was there to present an award. Only, he didn’t just do that, but he also managed to offend some people by criticizing Ricky Gervais’ The Office and taking shots at Will Ferrell.

We spoke to Johnny after he came off stage, and he seemed to have an air of regret around him. Here to talks to us about his future plans and how he’s going to celebrate the rest of the evening.

How are you tonight Johnny?

I’m good thanks. It’s been really good tonight, but with elements of I shouldn’t have said certain things. I’m in trouble. I’m in real deep trouble. It’s been lovely thought. I wished I’d been shorter because I talked too long on stage and I am really sorry if I made tonight about me loving Paul and not everybody else loving Paul.

What have you got planned for next year?

Sit down in January, and I’ve not stopped with book promotions, so I’m gonna look at projects to develop with directing. Saying that, that sounds w*nky. I want to do more directing, and there’s talk about going back to Benidorm. I’m looking for more stuff to create. We’ve just done a series about Beatrix Potter for Radio 4, and that will be on air at Christmas. We’re doing loads of stuff! We did an adaption of This Book In Life. There’s really good names coming in and doing radio at the moment, and really good projects. I’m going to be directing on that level, directing Beindorm video and something for Sky Arts. I’m going to sit down and actually work out what I want to do, rather than what I have to work on.

Are you going to carry on celebrating tonight?

I am! My wife’s producing a show in Dublin tonight and my son’s with his Mum, so I’m going to the after-party! I don’t know how many friends I have left though. I like to make friends, then burn bridges whilst I’m on stage, and then re-build them once I’m off stage!

I really want to work with Channel 4. I really REALLY want to. I can’t get the meetings anymore.

Thank you for talking to us Johnny.