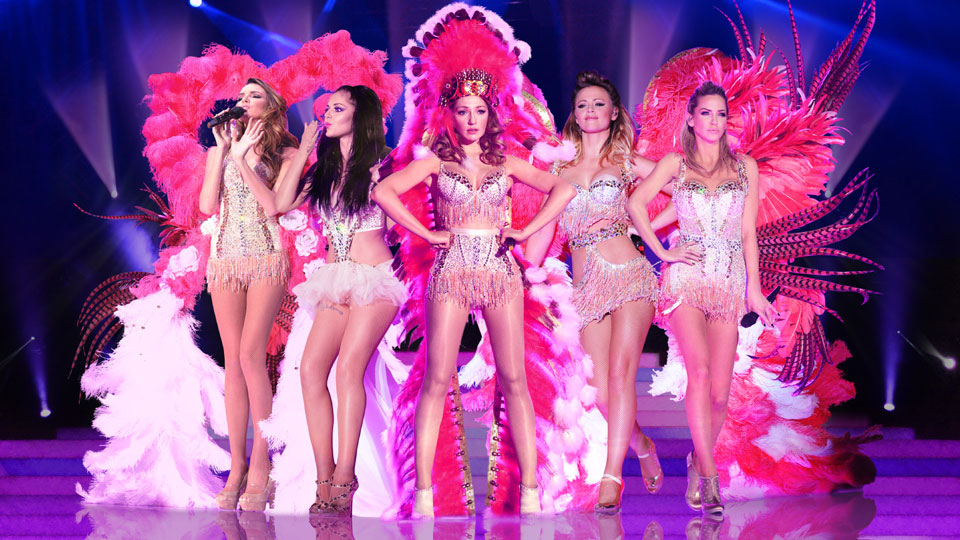 Girls Aloud called it a day earlier this year following their Ten: The Hits Tour. The girl group reunited in 2012 to release Children In Need single Something New and greatest hits collection Ten following several years pursuing solo projects. Cheryl, Nicola, Nadine, Kimberley and Sarah remained coy about the future of the group when they announced their reunion but the news of their split came following their last show in Liverpool. Whilst Girls Aloud may be no more, the girls have just released a DVD capturing a London performance from the tour.

Ten: The Hits Tour was quite clearly a farewell tour from the group. Over the course of the tour the girls fought back tears and spoke to fans as though this was the last chance to see them. The news didn’t really come as a shock but we haven’t ruled out another reunion further down the line regardless of what any of the girls have said in the press. Ten: The Hits Tour did exactly what it said on the tin and featured the group’s biggest hits from their decade in the music industry.

The show opens with number one smash Sound of the Underground which was the debut single from the group following their formation on Popstars: The Rivals. The song has stood the test of time and remains one of their best and edgiest hits. Sequenced almost in release order, the setlist features all the songs you’d want to hear from the group including No Good Advice, Wake Me Up, Jump, The Show, Love Machine and Biology.

Three new songs appear in the setlist. Comeback single Something New is performed shortly before the encore whilst Beautiful ‘Cause You Love Me and On The Metro are nice additions to the impressive setlist. It’s nice to see the girls perform early hit Life Got Cold too as that’s often been omitted from their last few arena tours.

The production on the tour is fairly impressive in terms of costumes, dancers and sets. The group enter the arena on a platform with their name gleaming from it. Vocally they all cope well aside from the odd shouty and tuneless moment from Sarah Harding. She’s never been the best singer in the group but it seems she thinks otherwise. Nicola is the most improved as she unleashes power in her voice that has rarely been heard on the recordings.

The best is saved for last as Girls Aloud perform I’ll Stand By You and The Promise for their encore. The performances are filled with shots of the fans crying knowing that they may never see their idols performing together again. It’s a surprisingly emotional moment and testament to how far the girls have come since they appeared on Popstars: The Rivals.

Ten: The Hits Tour is the perfect memento for any fan of Girls Aloud. Whether you attended one of the shows or not you’ll find plenty to enjoy. The girls all look stunning and for the most part they sound great too. There’s no denying how big an impact they’ve had on modern pop music in the UK and no girl group has come close to bettering them in the past few years. We’re going to miss you Girls Aloud but at least we have this tour to remind us of how great you were.