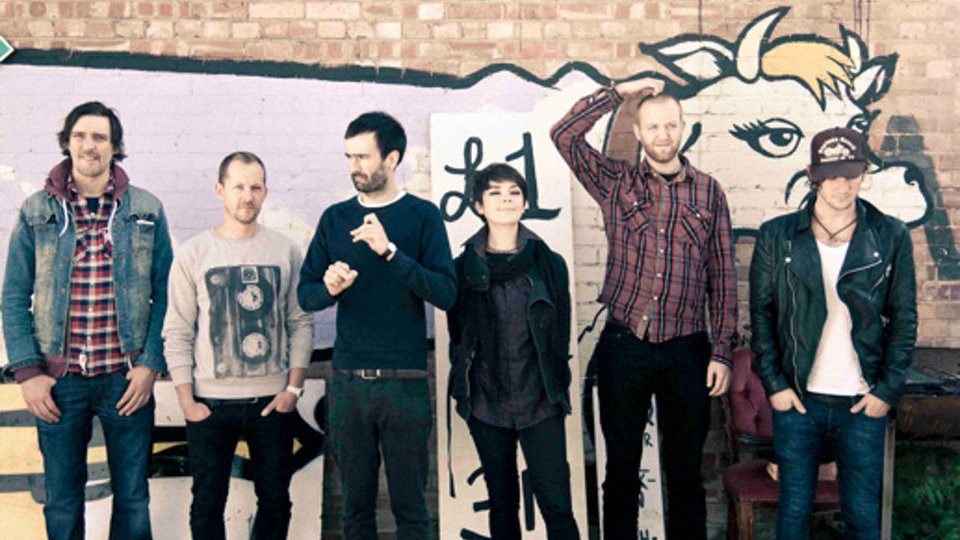 Red Kite is the six-piece formed in 2011 based in London.  Once so common that Shakespeare described London as “a city of Red Kites and Crows”, the Red Kite(Milvus milvus) was persecuted and hunted to extinction throughout the 18th and 19th centuries. This band though is an alt-rock outfit, which features not one or two but three guitarists. The band is releasing its new album Songs For Crow and we had a listen.

The album kicks off with The Gathering Storm, which is melodic and with the use of some clever old-school vocals it also sounds nostalgic. The Gathering Storm is a slow burner gaining power gradually. We love this track and especially the soring guitars during the chorus. Montreal is up next and it is off to a good start. With a cool guitar riff and its energetic vocals, this track is effortlessly good.

Streetlights slows things down a little with its slower pace and quieter tone. The track is quite generic and not of an unfamiliar style. The title-track picks up where we left off in a similar yet also different mood. Songs For Crow is a slow-burner, which gradually becomes more powerful and edgier. The low vocals help keeping the mood broody. The song reaches its full potential during an intense guitar solo, which builds to a great peak.

We are back to a more nostalgic sound with Red Kite’s Spanish Courtyard. The track is full of energy and a positive vibe. With its summery tones the song puts a smile on your face almost instantly. Then comes the big chorus, which is bold and infectious.

Highlights on the album include the explosive track, Poltergeist. The track kicks off with an infectious riff and a great edge. The verse keeps the edge but it’s the chorus, which really reveals itself as the star of the show. With a powerful melody and catchy beat this is a chorus that sticks in your head hours after you’ve heard it.

Following the excitement of Poltergeist, Red Kite slow things down once more with Saddle Up, Son. This is a beautiful ballad stripped out of unnecessary instruments. Indeed a simple guitar and vocal combo make a powerful ballad filled with emotion and heart.

Calliope and Red Blooded Males shows a much louder side to Red Kites music with bigger drums and more soaring guitar riffs.

Last but not least is the longest track on the album No Painter Of Note. This poetic ballad kicks off on a low tone but becomes an impressive beast by the time it ends.

Red Kite’s new album is rather impressive. We love the nostalgia that comes out of the band’s music and the poesy of the lyrics. Red Kite’s is big and sensitive all at once and we find this album very enjoyable.

Advertisement. Scroll to continue reading.
In this article:Red Kite