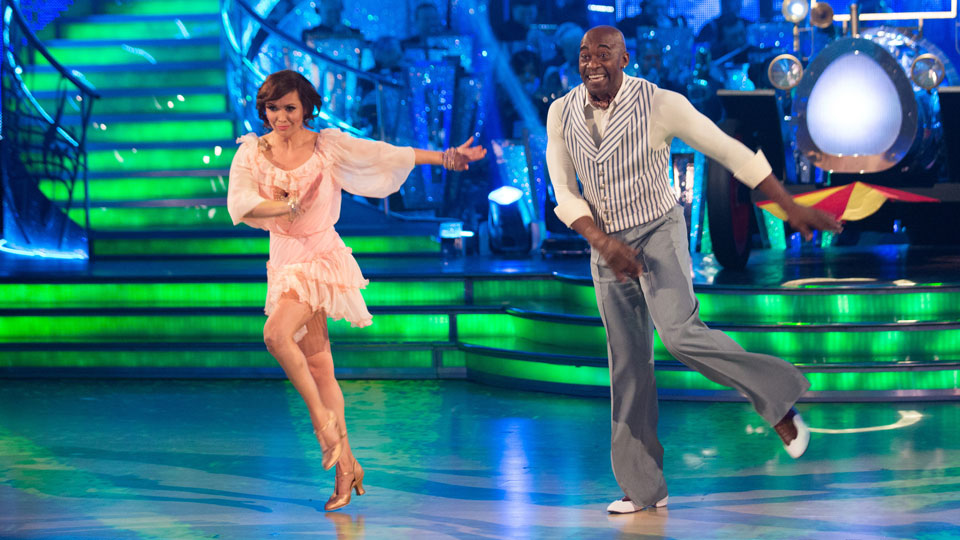 From flying carpets and cars to disco dancing and lions, the remaining couples pulled out all the stops to ensure they did their absolute best ahead of next week’s quarter final.

Who made our countdown this week? Keep reading to find out.

Natalie and Artem’s Dreamgirls themed American Smooth was a pretty emotional affair. The couple fought back tears as their routine came to an end and it gave us a lump in our throat.

Whilst Sophie may have been criticised for her lack of sauciness in her Rumba, Ashley and Ola’s Aladdin-themed routine served up exactly what the judges wanted. We also enjoyed a flash of Ashley’s pecs too.

Susanna and Kevin were unfairly marked low we thought last night for their fun and light Quickstep. There were some issues along the way but overall we thought it was a great performance.

In past weeks we’ve criticised Patrick for lacking personality but he was full of it last night during his Charleston. Without a doubt this was Patrick and Anya’s best dance yet.

Abbey came into her own last night with a show-stopping Salsa. Her Saturday Night Fever themed dance with Aljaz was pure fun and it was the first time this series we agreed with the judges and saw the hype.

Tune into Strictly Come Dancing’s results show tonight at 7.20pm to find out which couple will be going home.