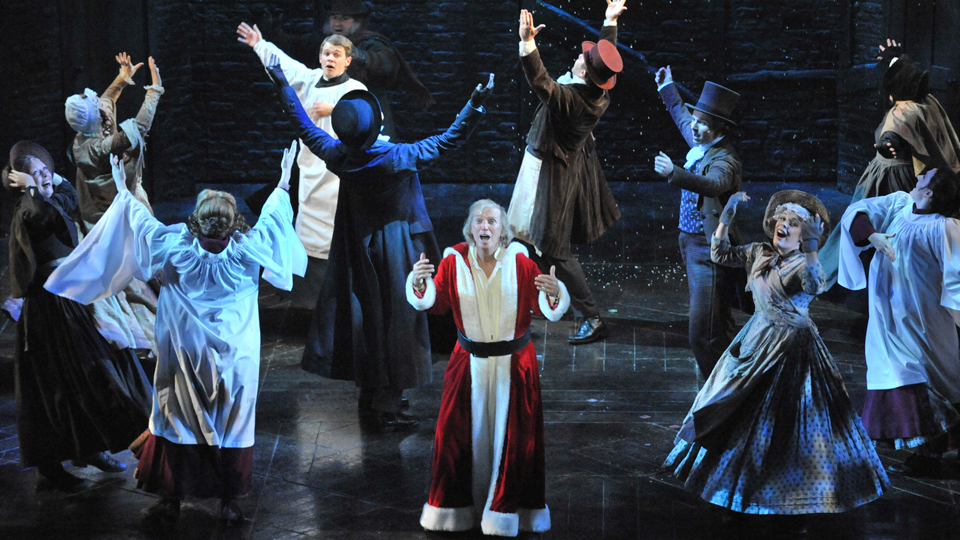 After his West End run at the London Palladium last Christmas Tommy Steele reprises his role as Ebenezer Scrooge in Bill Kenwright’s production of the festive musical Scrooge in Leeds. Scrooge is at Leeds Grand Theatre until Saturday December 7th.

“Scrooge The Musical is the perfect family treat,” says Ian Sime, General Manager at Leeds Grand Theatre.  “And staging it in our beautiful Victorian Theatre will enhance that traditional festive feel in the run up to the holidays.”

Based on Charles Dickens’ A Christmas Carol, the musical score features Leslie Bricusse’s Oscar nominated hit Thank You Very Much and illusions that have been specially created by magician Paul Kieve, acclaimed for the magic effects in the Harry Potter films.

Scrooge the Musical is at Leeds Grand Theatre from Tuesday November 19th to Saturday December 7th. Tickets are on sale now priced from £16 to £31.50. Book online at leedsgrandtheatre.com or call the box office on 0844 848 2700.