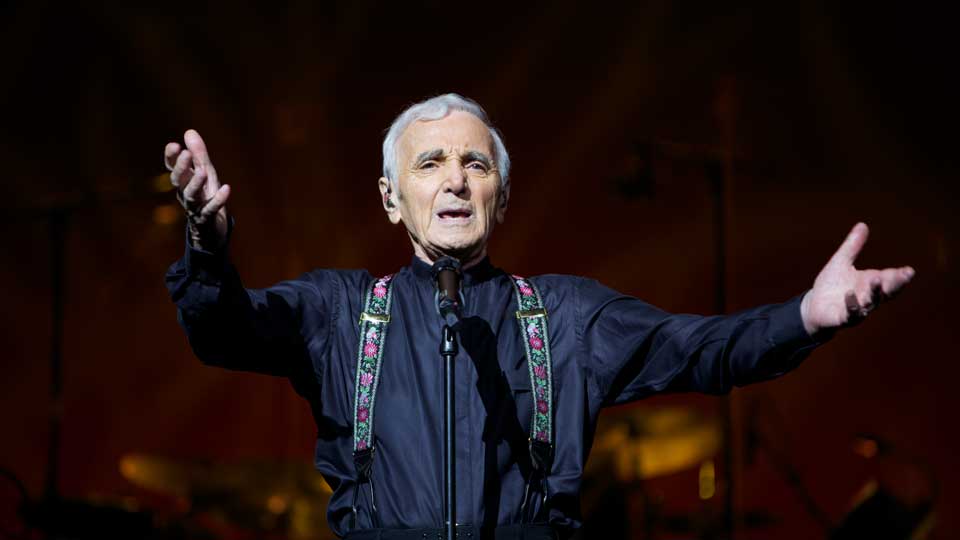 The legendary French singer recently wowed a sold-out crowd at the venue and his 2014 show promises to be a very special evening.

Talking about the show Charles says, “It was a great pleasure to perform in London after all these years. To come back again next year will be a double celebration of my 90th birthday and meet again all my fans”.

During his career to date, Charles has sold over 100 million records. In the UK he enjoyed major success with his single She which went to number one and was featured in the film Notting Hill. He’s had further success with The Old Fashioned Way and Yesterday When I Was Young.

Tickets are on-sale now from www.ticketline.co.uk