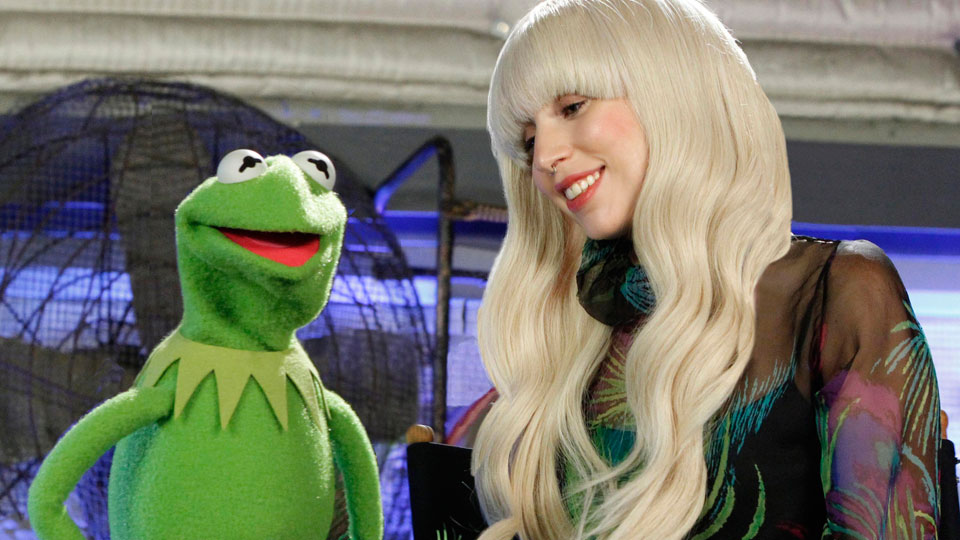 Lady Gaga & The Muppets’ Holiday Spectacular is to air on Channel 5 this Christmas.

The 90-minute TV special features performances by Lady Gaga, Sir Elton John, Joseph Gordon-Levitt and RuPaul. Gaga will perform several tracks from her ARTPOP album and a duet with Kermit the Frog. Kristen Bell will also make an appearance.

“I was so excited when ABC called me about doing a holiday special this year,” said Lady Gaga. “I knew it just wouldn’t be a complete night of laughter and memories without The Muppets! Can’t wait to see the gang again and I hope Miss Piggy’s still not mad about Kermit. We’re just friends!”

“What an incredible opportunity!” said Kermit the Frog. “We have a long history with Ms. Gaga, so we jumped at the chance to do a holiday special with her. We won’t even mind if she mistakes some of the Muppets for pieces of her wardrobe – again.”

The program will feature a sneak peek from the upcoming Disney movie Muppets Most Wanted which is due to hit cinemas on 28th March 2014 and features a cameo from Lady Gaga.

An exact transmission date for Lady Gaga & The Muppets’ Holiday Spectacular is to be confirmed.