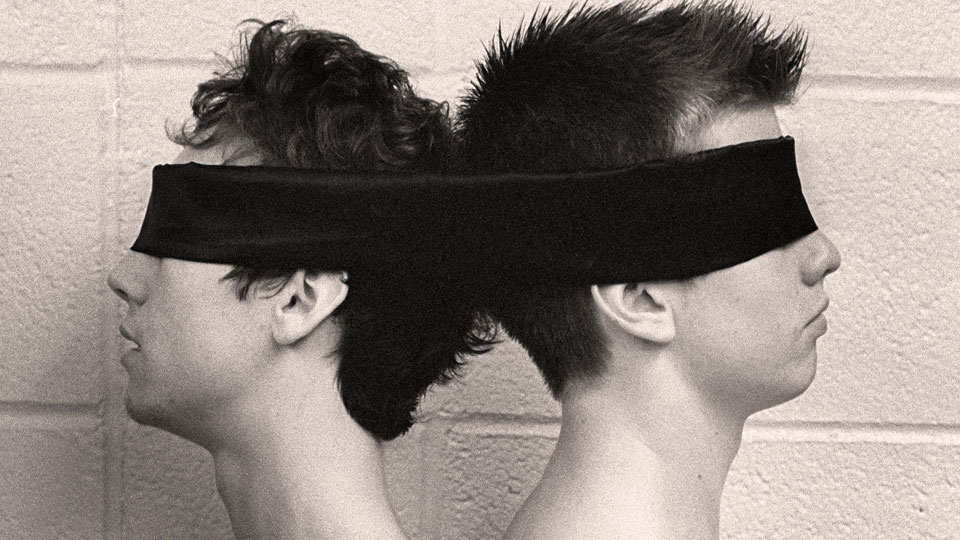 The Boys On Film series has been one of the staples of Peccadillo Pictures releases the past few years. Now up to its 10th volume, the series collects the newest gay shorts from around the world and packages them up for each new release. Boys On Film X features 8 shorts from the UK, USA, France, Belgium and Germany.

The collection opens with Blinders directed by Jacob Brown. The short tells the story of a young couple who meet an attractive boy and are attracted to him. At only 10 minutes long the short leaves lots of questions as the two boys enjoy a brief encounter. Blinders is definitely one of the more abstract of the shorts included here.

As always with the Boys On Film releases the quality is very mixed with some great shorts and some that miss the mark. Of the stronger ones closer Teens Like Phil is the standout for us as it tackles the topic of teen suicide and bullying. It’s the short on here that bears most relation to what’s going on in the modern world for young gay teens and directors Dominic Haxton and David Rosler handle the subject with sensitivity. Adam Donovan’s performance as Phil is heart-breaking as his character enjoys an intimate moment with jock Adam (Jake Robbins) that he soon lives to regret.

Elsewhere on the collection A Stable For Disabled Horses by director Fabio Youniss finds best friends Benny and Kanoute’s relationship change the night before the latter moves back to Norway, Boys’ Village by director Till Kleinert is a dark tale about a dilapidated holiday home for coalminers’ sons, and Yeah Kowalski! Is a quirky story about a young boy with a desire for hairy armpits.

Little Gay Boy, Christ is Dead directed by Antony Hickling is the longest short here running at 30 minutes. It’s also the most disturbing as it tells the story of Jean Christophe who wants to be an international model. The gulf between his fantasy and reality is pretty massive as Jean Christophe spends his days receiving various kinds of abuse. The short features some really disturbing moments that left us feeling a little queasy and it’s very graphic in parts. We’re pretty sure the director’s point could have been made without going quite as far as he does. Suffice to say this wasn’t our favourite.

Boys On Film X is a mixed bag but there’s enough good on here to make it worth your while. Whilst we really didn’t enjoy Little Gay Boy, Christ Is Dead and wish we could take back the images our eyes saw whilst watching it, we enjoyed the rest of the shorts. It’s always interesting to see the various takes of different directors on the subject of homosexuality in teenagers. Boys On Film X isn’t as strong as previous instalments in the series but we think it’s still worth a watch.