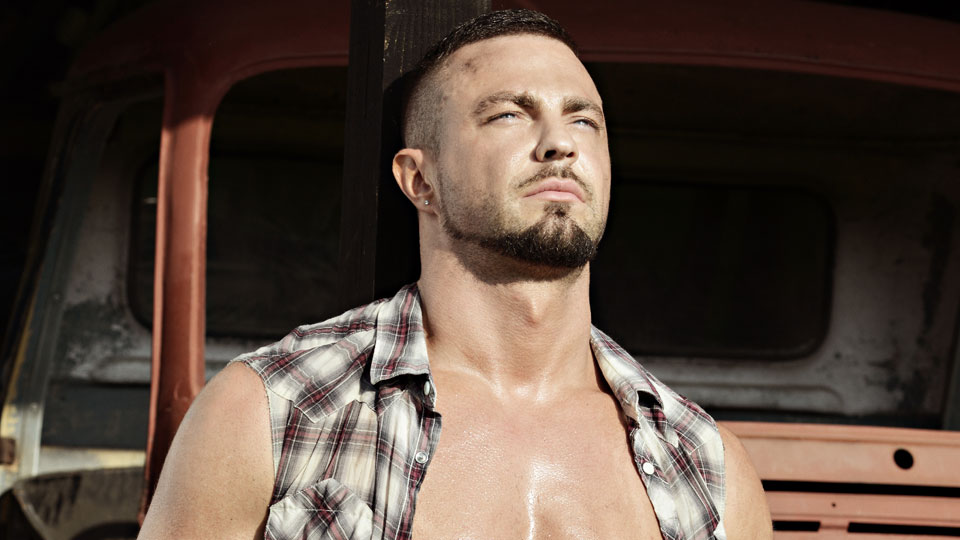 Last weekend the magic of ballroom was more spectacular than ever when Strictly Come Dancing descended onto Blackpool.

With a spectacular opening number and some seriously stunning dances from the remaining couples, the show was one of the best yet this series.

We caught up with Robin Windsor to talk about the Blackpool experience, discuss the show’s emerging dark horse Susanna Reid, and find out why he won’t be on Strictly this weekend.

Strictly was in Blackpool last weekend. What was it like being back there?

I’ve got to say the show last week coming from Blackpool, for me, was the best episode of Strictly Come Dancing that they’ve done in the last 10 years. It was absolutely phenomenal. It had the best opening we’ve ever had on Strictly courtesy of Jason Gilkison and an extreme amount of hard work to get all those people onto that dancefloor at the same time. We had an amazing show afterwards and the highlight was Kevin and Susanna for me which was the dance of the series so far.

There were lots of dancers in that opening number. Were they local Blackpool dancers?

All of the older dancers were actually from Grimsby. They came up on a coach from Kevin’s parents’ dance school. All of the kids were the top 6 juvenile couples in the UK.

The dresses that the female celebrities were wearing for that opening number were huge. It was amazing they could actually move in them…

I believe they were on loan from Notting Hill Carnival. They were exceptional outfits and were very difficult to move in. I have to take my hat off to all of the celebrity females because they did a great job of getting round that dancefloor at some speed.

You mentioned that your highlight of the Blackpool show was Kevin and Susanna. What did you love about their performance?

It was very traditional. They captured the spirit of the Paso Doble to the tee. Susanna seems to embody the Paso Doble and Kevin was in his element. The fire, the flamenco at the beginning, the costumes and everything about it was just perfect. They should have got four tens not just three.

They are emerging as the couple to watch this series don’t you think?

I know! Susanna is coming through as the dark horse I think. Everyone needs to watch their back because Susanna has that glitterball in her sights and I really believe that she might actually do it.

Last week we talked about taking some time out whilst you were in Blackpool to see the sights. Did you get chance to do much sight-seeing?

We had a night out on Saturday. In fact the entire Strictly cast turned up and it was quite an evening. That’s about as far as I got. I did pop into Duncan Bannatyne’s gym but that’s as far as I got in Blackpool.

No illuminations or Golden Mile for you then?

No not at all. We were inside the Tower Ballroom for the majority of the time and when we were out it was straight to the bar then back to the hotel.

It is the point that every couple in the competition is desperate to get to. How was everyone feeling after the Blackpool show?

There were a few delicate people on the way back to London but everyone was still very excited. Of course we had the robbery at the Tower Ballroom on Saturday night so a lot of the female celebrities’ belongings and money was stolen which put a bit of a dampener on the weekend. You know what they all just let it go, picked themselves up and we had a fantastic night out in Blackpool. Where else in the world is there to have a greater night out than in Blackpool?

This week it’s week 9 of the competition. How difficult is it for the couples to keep pushing through week-after-week at this stage?

This is the point in the competition I think where a lot of the celebrities and professionals start to find it difficult. By this point you’ve been training with your partner for 12 weeks, so around 3 months, so that’s a long time of hearing the same person saying the same thing to you repeatedly. I think it can start to get a little bit difficult. I’ve found with previous partners that everyone is getting tired and you know it’s coming close to the end of the series. My advice to all of them is to push through and keep going. Everyone is very nearly there!

The show is just hurtling by this year and the standard is so high. We just don’t know where it can go between now and the final to keep topping itself week after week…

I think the professionals have got a big task ahead. It’s down to them to come up with some great stuff for the celebrities and make the TV show as amazing as it already is.

Earlier this week you danced with Kristina at Eva Longoria’s Global Gift Gala. What was that like?

I was! Kristina and I got to perform at Eva Longoria’s Global Gift Gala on Tuesday night in the presence of Posh Spice, Eva Longoria, Nicole Scherzinger and Thierry Henry. I went up on stage with Eva and Kristina to sell a dance lesson. We sold it along with a VIP backstage pass to the tour for £14,000. We raised some great money, for a great charity.

Unfortunately we’re not going to be seeing you on the show this weekend. Tell us what’s happened.

I won’t be there this weekend as unfortunately I’ve had an injury to my back. I’ve got trapped nerves in my back and shooting pains down my leg so it’s not a very safe thing for me to do. I was due to perform with Kristina to the pop act that was performing this weekend. Due to health and safety, and despite how much I can beg and plead, they’re not going to let me do it. I think Aljaz is going to step in for me so you’ll see him dancing with Kristina this weekend.

But you’ll be tuning into the show from home right?

I’ll be laying on my back and enjoying Strictly from the comfort of my sofa this weekend which I’m not very happy about but unfortunately these things happen.

Tune into Strictly Come Dancing tonight at 6.30pm on BBC One and BBC One HD. Watch Susanna and Kevin’s show-stopping Paso Doble from last weekend’s show: