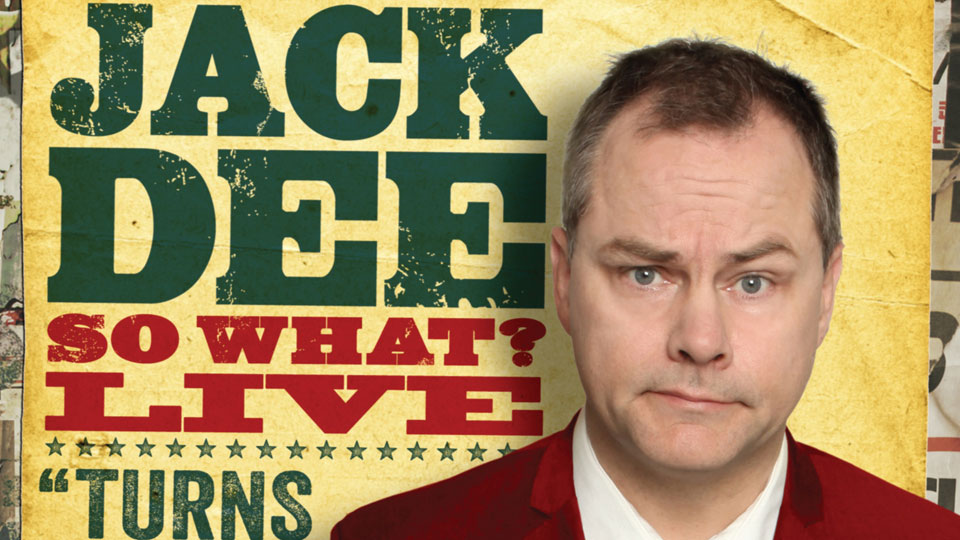 Jack Dee is releasing a new DVD on Monday called So What? Live.

The comedian makes his long overdue return to stand-up comedy for So What? and it’s his first DVD release in eight years. Fans can finally see his new material and experience the original Glum Meister at his most miserable best.

So What? Live was filmed at London’s Hammersmith Apollo and showcases Dee’s trademark sarcasm, wit and deadpan humour. Dee has been touring the UK and Ireland for the past 18 months following a six-year break from comedy tours.

During his break Dee has been on shows such as QI, Shooting Stars and Have I Got News For You. He’s also hosted Radio 4’s legendary I’m Sorry I Haven’t A Clue and Sky Atlantic’s new show Don’t Sit In The Front Row.

So What? Live is released on Monday 18th November through Universal pictures. Watch a clip from the release below: