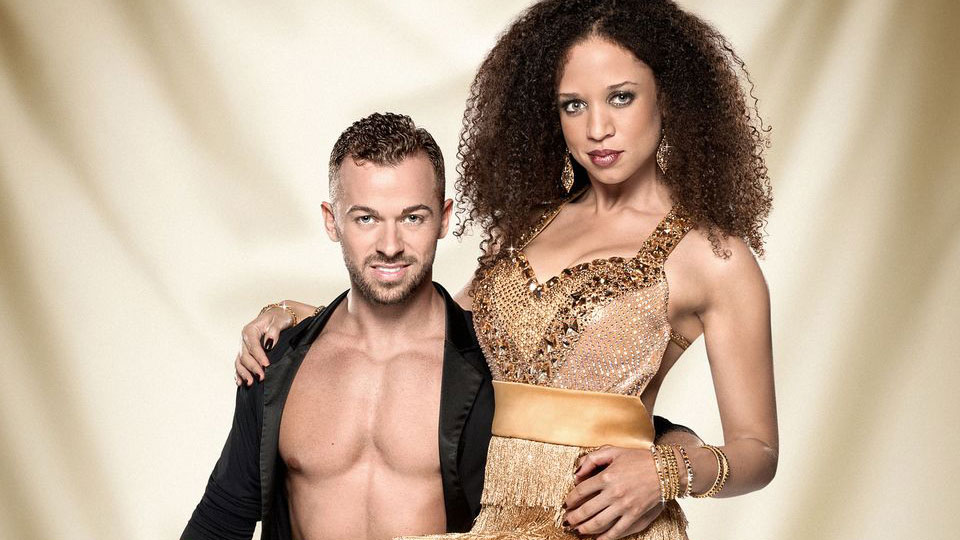 The former Coronation Street actress had to pull out of last week’s live show after fainting twice during rehearsals. Talking about it Natalie said, “Last week was an accumulation of a few weeks of tiredness, after going through having an epidural, a steroid injection and taking pain killers. I had been feeling tired all week and on Friday my legs were giving up on me.”

She went on to say, “When I arrived on Saturday morning I didn’t feel too bad, I felt a bit stiff and a little tired but no more than anyone else. I fainted during band rehearsals and when I tried to dance again at the dress run, to see if I had the strength to get through the dance, I fainted again – it had become clear that I was exhausted. I always want to give it my all but this time I had clearly pushed myself too far! The fainting was nothing sinister; I just needed a good sleep and some rest.”

Natalie has ben resting up and has been given the all-clear to dance in this weekend’s live show in Blackpool. Expressing her gratitude for all the support she’s received and that she can dance this weekend Natalie said, “All the support we have been receiving is mind blowing. Despite all the drama with my back and fainting I’m having the time of my life and my responsibility is to get out there and give it my all because the fans are so incredibly supportive. I’m from Lancashire and we used to go to Blackpool as kids, it’s close to home and it’s going to be really emotional to perform there. It’s a stunning venue, it’s the home of ballroom and I am honoured to be dancing there.”

You can see Natalie and Artem dancing tomorrow night during Strictly Come Dancing’s live show on BBC One and BBC One HD from 6.30pm.