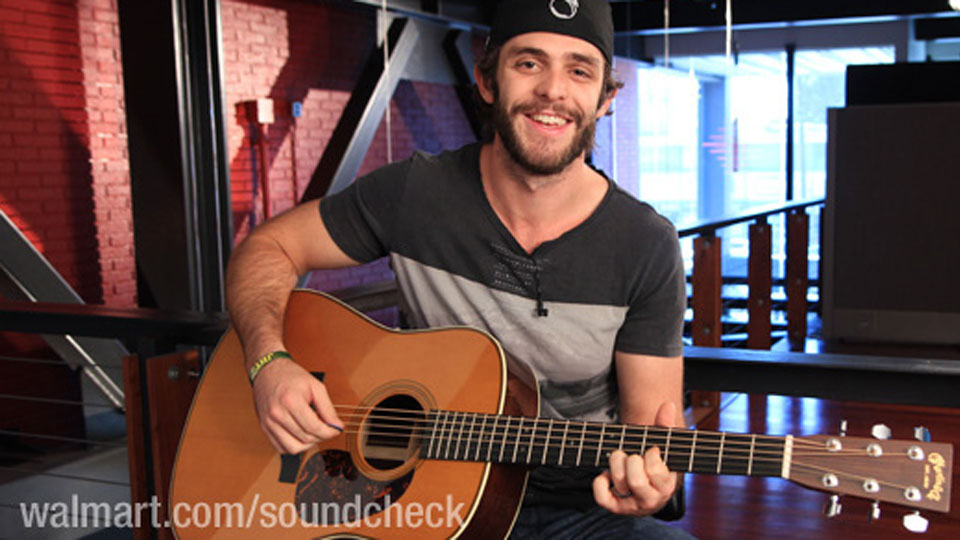 Country star Thomas Rhett is the latest star to stop by Walmart Soundcheck.

Promoting his debut album It Goes Like This, Rhett opens up about the inspiration behind his kind of country music. He talks about his hit single It Goes Like This which was written by his father.

Over on Facebook Soundcheck is giving fans a chance to win $100 Walmart gift cards and signed album merchandise. If you live in the US then you can take part by heading over to http://bit.ly/scsweeps

You can see the full interview at http://bit.ly/1dmDiaS

Check out a teaser below:

In this article:Thomas Rhett, Walmart Soundcheck