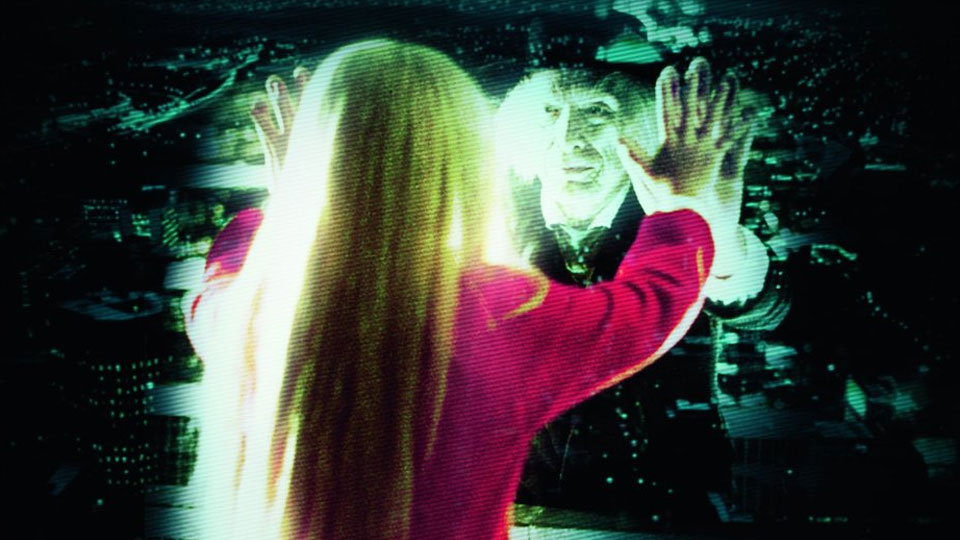 Poltergeist III was the third and final film in the horror trilogy that has become synonymous with the tragic death of star Heather O’Rourke at the age of 12. The movie was to be her final screen appearance and she died shortly before the film was granted a theatrical release. As a result of her death MGM scaled back their marketing and promotion for the film so as not to be seen exploiting the child’s death. The film performed poorly at the box office and critics pretty much universally slated it. Now Poltergeist III has finally made its way to Blu-ray, along with Poltergeist II which we reviewed earlier this week, but is it really as bad as people say?

We remember having fond memories of seeing Poltergeist III many years ago and we can safely say the film isn’t anything like as bad as the critics would have you believe. Whilst tonally the film is very different from the previous two, we actually think that Poltergeist III is a much better movie than Poltergeist II.

This time round Carol Anne (Heather O’Rourke) has been sent to Chicago to live with her Aunt Patricia (Nancy Allen), step-uncle Bruce (Tom Skerritt) and Bruce’s daughter Donna (Lara Flynn Boyle). She is told that she’s in Chicago to attend a special school to deal with her emotional problems when actually she’s seeing a psychiatrist to work through the trauma from the first two movies. Carol Anne’s psychiatrist thinks that she is making stories up and pays little attention to the horrors she reveals to him. As the family adjusts to having Carol Anne around, strange things start to happen in the high-rise that they live in. As the supernatural goings-on ramp up, Tangina (Zelda Rubinstein) realises that Kane (Nathan Davis) has found Carol Anne once again and she must cross-country to try and save her.

Poltergeist III is more of a horror/thriller with a slightly more fleshed-out structure than Poltergeist II. During filming Heather O’Rourke was ill and undergoing medical treatment which explains why she is absent for a good portion of the movie. We’re also pretty sure that the Carol Anne seen in the last scene of the movie isn’t O’Rourke. Director Gary Sherman tries to do something different with Poltergeist III and uses mirrors as the main source of horror. We actually thought this was pretty effective and there are several very creepy moments where characters can be seen doing things in the mirror that they aren’t actually doing in reality.

What we found particularly interesting about Poltergeist III is the behaviour of Carol Anne’s aunt Patricia. Whilst Patricia’s husband Bruce believes what Carol Anne has been through, she believes the child to be evil and isn’t comfortable around her. There’s the suggestion that Carol Anne was palmed off on them because Patricia’s sister Diane (JoBeth Williams in the first two movies) wanted the child out of the house so they could live normal lives. This causes a lot of conflict between Patricia and Bruce. Bruce’s daughter Donna on the other hand just treats Carol Anne like a little sister and feels very protective of her.

Extras on the Blu-ray release are limited to the original Theatrical Trailer for the movie.

Poltergeist III is not as bad as people would have you believe. The storyline is more cohesive than Poltergeist II but it never reaches the heights of the original movie. It’s eerie to watch the movie knowing that O’Rourke was seriously ill whilst making it and the fact she died before it was released makes it even more difficult to watch in places. Poltergeist III is a good little horror that works well as a standalone movie and as a final chapter to the much-loved horror trilogy.