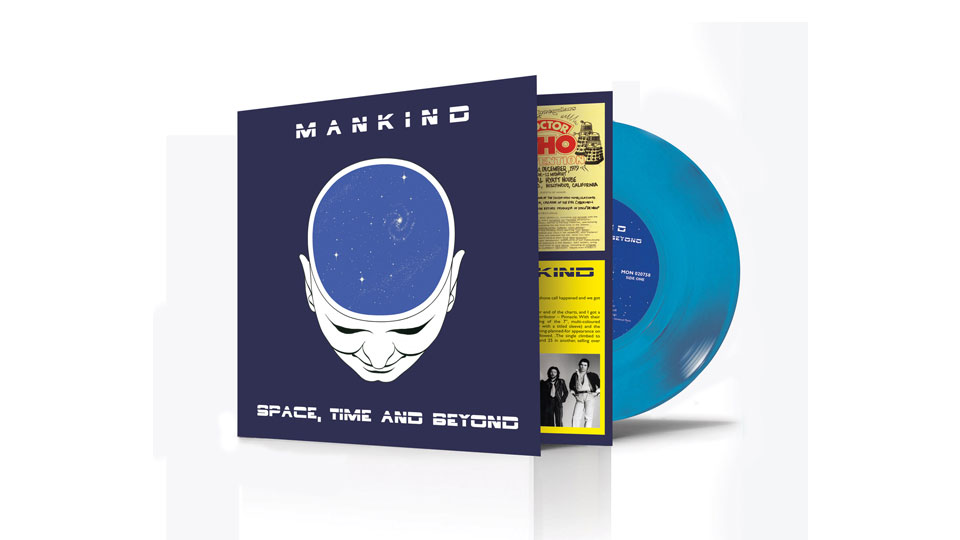 Mankind are re-releasing their hit single Dr Who? on 18th November 2013 to tie-in with Doctor Who’s 50th Anniversary celebrations.

Released on 12″ vinyl and CD on Mondo Recordings, the re-release was spear-headed by the record’s original producer Don Gallacher. Dos Amigoz have created a 2013 remix now entitled Do Who? (Time Waits For No Man) by Mankind vs Dos Amigoz featuring Diane Charlemagne.

Upon it’s original release in 1978, Dr Who? went to number 25 in the UK to tie in with Doctor Who’s 15th Anniversary.

Mankind’s album Space, Time and Beyond will be released on the same day and available from all major download and mail-order sites worldwide. A collector’s edition 11-track vinyl LP with gatefold sleeve featuring a poster and a booklet with unpublished photos of Tom Baker from the first-ever American Doctor Who convention will be released on translucent blue vinyl. A CD version with 14 tracks will also be released.

Advertisement. Scroll to continue reading.
In this article:Doctor Who, Mankind