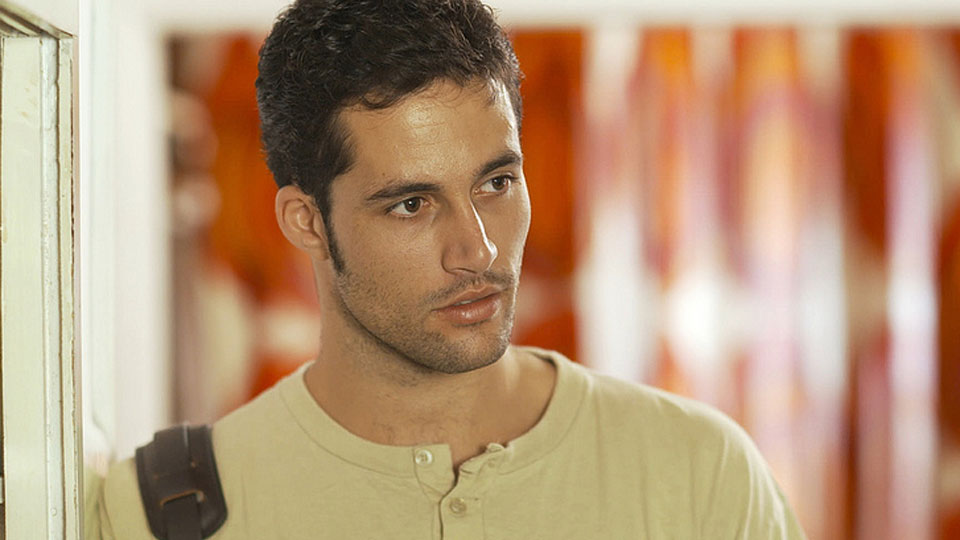 25-year-old student Boaz (Yoav Reuveni) is in a relationship with beautiful Noa (Moran Rosenblatt). On the outside they seem happy but on the inside Boaz is struggling with an internal conflict. When love letters start arriving for Boaz written by an unnamed man, Boaz is thrown into a state of confusion about his relationship and his sexuality. As the letters intensify, Boaz remembers defining moments from his past further adding to his confusion and causing problems with Noa. Unsure where to turn or what to do, Boaz becomes consumed with the letters until they threaten to become his undoing.

Snails in the Rain takes place in Tel Aviv during the summer of 1989 (not that you can tell it’s not set in modern day to be honest) and is directed by documentary maker Yariv Mozer. The movie explores a handful of themes including sexuality, obsession and repression dealing with them all well within the confines of its story. Obsession and sex have been dealt with in many films over the years but here it’s a real intriguing set-up.

Boaz is at first alarmed when he begins to receive letters from a male admirer but as the story progresses he begins to get turned on by it. This is all linked up with a secret he’s hiding from his past which once revealed explains a lot about his behaviour. As he becomes more consumed with the letters his relationship with Noa is threatened and he takes out his frustration on her with aggressive sexual acts yet can’t bring himself to explain to her what is actually going on.

Interestingly the lead star Yoav Reuveni is actually a model and this is his first acting role. Honestly you wouldn’t know it as his performance is confident and he really brings Boaz’s struggle to life. The camera lingers on his jaw-dropping physique which is a little distracting (not that we’re complaining) but it does seem the director finds any excuse to get him out of his clothes throughout the movie. Equally impressive is Moran Rosenblatt who as Noa has to deal with Boaz’s bizarre behaviour whilst trying to understand what is wrong with him. Rosenblatt’s performance is superb and we really felt for her character during the course of the movie.

Snails in the Rain is screening at the UK Jewish Film Festival on Thursday 14th November 2013. Find out more information at http://ukjewishfilm.org/event/snails-in-the-rain/

In this article:Moran Rosenblatt, Snails in the Rain, Yoav Reuveni