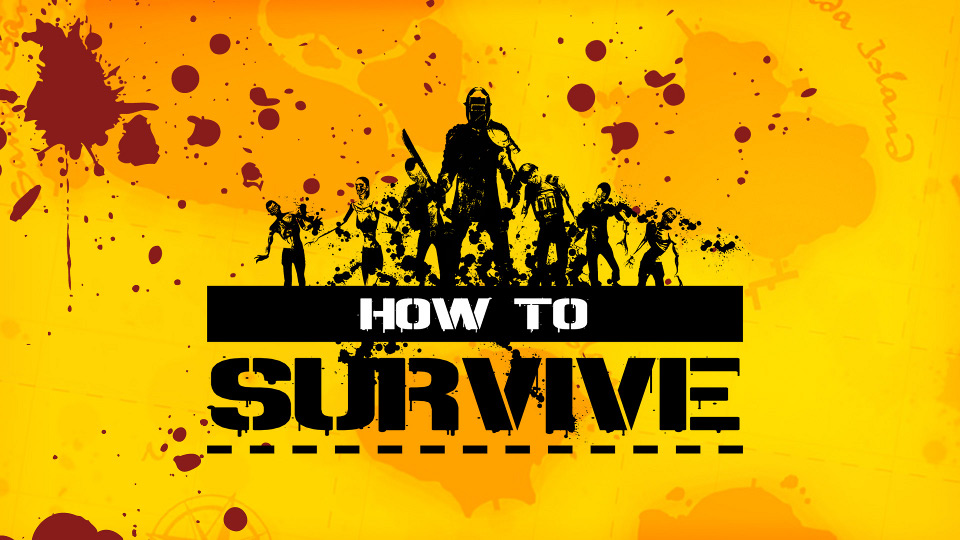 Developed by Eko Software and published by 505 Games, How To Survive snuck up on us out of nowhere like a shambling zombie. It’s a game we hadn’t heard much of anything about until just before its release last month. However upon hearing it was a bit like Diablo crossed with Dead Island we were intrigued to find out more.

The game puts players in the role of one of three shipwrecked survivors who find themselves washed up on a group of mysterious isolated islands. If that wasn’t bad enough the islands are overrun with undead zombies and other monstrosities. Your task is to learn how to survive until you can find a way off the island or die trying.

At the start of your survival adventure you meet another stranded chap called Andrew who is in need of help. He’s been attacked and bitten by the zombies and needs you to find him a healing plant. After performing this simple task he tells you of a friend with a boat on the other side of the island. Before you leave him he gives you a stick that you can use to help fight off the zombies which is enough to get you started.

As you begin to explore you uncover chapters from a book called How To Survive which is full of survival rules written by a crazy Russian chap called Kovac. He’s been surviving on the islands before you arrived and you’ll come across him during your adventure. Kovac and his rules bring a lot of humour to the game and you’ll find yourself sat smiling each time you uncover a new chapter. Each chapter covers a different aspect of survival and learning them all is essential if you want to survive long enough to get off the islands.

Apart from the perspective the game isn’t a great deal like Diablo. However it does play a bit like a mash-up of Dead Island and the Sims. Staying alive isn’t just about keeping away from the undead you also need to look after your health, hunger, thirst and sleep. This means healing yourself, eating food, drinking water and finding safe places to rest. Keeping in tip top shape is essential for keeping your stamina up so that you can run like hell when needed.

Your character has an inventory that you can fill with all the different items you find. These items can be combined in different ways to craft new items. For example a healing plant will give you a little more health but combining it with fabric creates a poultice for more. Using a machete with sticks can create basic arrows and these can be enhanced by adding feathers. Discovering weapon blueprints helps you learn how to create the more exotic items such as guns and chainsaws.

When you get hungry you must eat. Scavenged fruit and roots can help a little but meat is better. It’s possible to hunt deer and boar to obtain meat which you must then cook to make it safe for consumption. Water pools provide drinking water that you drink right away or take with you in bottles.

Getting sleep is a little tougher as it requires finding safehouses. Each of these features a mechanical door that can be opened and closed. When you first discover one you need to clear it out of zombies before you can use it. Once empty you can lock the door and settle down for a good night’s rest. Ideally you want to try and sleep when night falls as this is the most dangerous time to be roaming the islands.

When night falls the nastier monsters appear and you need to ensure you have a light source if you want to make it through the night. Night-time monsters sneak up on you and can cause a lot of damage. However you can scare them away with a simple flashlight or even better just set them on fire with a burning torch.

Combat with melee weapons is as simple as mashing the X button to attack but killing wave after wave of nasties is incredibly satisfying. When you have done enough damage you can tap A when prompted for an instant kill. This treats you to a variety of gruesome death animations as your survivor takes care of the enemy.

Ranged weapons are a little more interesting though as you need to make use of both sticks on the game pad to use them. Left stick moves you while right stick aims your ranged weapon. If you get your aim spot on then a large white circle appears around your target. If you can hold your nerve and keep them in your sights long enough the circle will shrink down and become red. When this happens you inflict a lot more damage and often a one-shot kill.

The further you get into the game the more varied the enemies become. There are slow walking zombies, fast moving ones that rush you, crawling monsters that evade you and large fat zombies that explode causing heavy splash damage. There are also some larger boss style enemies which require a lot more effort to take down.

The game is great fun solo but you can also team up with another player to tackle it co-operatively. This adds little to the game but zombie slaying with friends is always fun. In addition to the story mode and the tougher difficulty there are also a selection of challenge maps. These drop you on a map with a specific theme and task you with surviving until you can find a plane to escape.

Not everything works as well as it could in the game but it does have an addictive quality about it. Your vital stats are a bit too easy to manage and crafting supplies seem a bit too plentiful in supply. The zombies are quite easy to kill but they do make up for that in numbers. One quest had us searching for a deer for its meat and gave us the hint that deer bleed when injured so follow the blood trail. Sadly we’ve murdered so many monsters by that point that most of the ground was soaked in blood making our task incredibly difficult.

How To Survive is a fun zombie slaying adventure while it lasts and the challenge modes give you reason to return to it once the story is done. If you’re looking for another way to practice for a zombie apocalypse then be sure to check it out.